'My voice is the greatest gift from God' 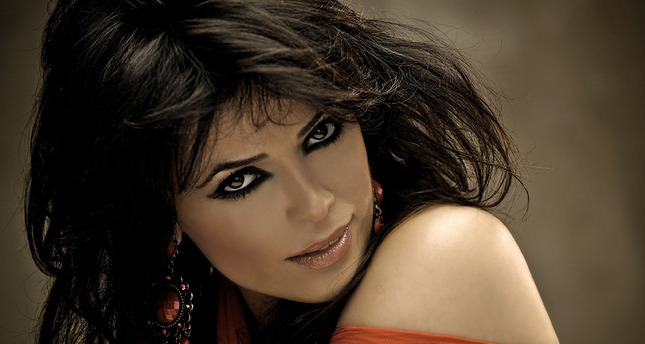 Born into a musical family, Yasmin Levy has been referred to as the world's finest interpreter of Ladino music. Levy utilizes different genres of music from Spanish Flamenco to Argentina Tango and Portuguese Fado

Yasemin Levy's latest album "Libertad" draws a musical picture of new horizons with traditional Turkish instruments. Levy's Ladinolaced songs are accompanied with melancholic and sentimental Turkish elements. I am very pleased that she considered my recommendation and included Sezen Aksu's "Firuze" on her newest album. Recognized as Ladino's melancholic voice, Levy will be on stage on Aug. 28 at Harbiye Cemil Topuzlu Open-Air Theater. Do not miss what promises to be a spectacular performance.

Özkan Binol: Your voice is deep as a forest and strong as a waterfall. Do you think God gave you a privilege?

Yasmin Levy: The greatest privilege is that God gave me a soul. I am deeply grateful to him for everything - living, seeing and hearing. Of course my voice is the biggest gift from God, and I use it to reach people. It is very sensitive and belongs to him. He may take it back anytime he wants. This is because talented people should be humble. If we show bigheadedness or insolent behaviors, God will definitely take his gift back.

ÖB: How is your relationship with God?

YL: God is everything for me. He is a huge part of my life. He is my father, teacher and secret keeper. I talk with him every day. Although I am talking with you now, I am with God in another dimension, wrapped in my own cocoon.

ÖB: How do you describe your music?

ÖB: As you said, there are melancholic songs in your repertoire. Could you tell us more about your music?

YL: I do not enjoy singing happy songs, but have to sing them to entertain an audience. I cannot be creative when I am happy. Let's say, it takes years to compose a song when I am happy, yet it is much easier if I am sad. I feel more secure when I sing melancholic songs. They seem more natural and honest.

ÖB: You were amazing on stage. Everyone got excited while listening to your duet.

YL: That's true, it was really exciting. I was one year old when my father passed away. Although I feel despair, I have a chance to sing with him on a digital platform. [Nonetheless], I think I have not reached his level.

ÖB: Is there anyone else you want to sing together with on stage?

YL: There are a few people that I dream of singing with. My father was on top of that list. I enjoyed singing with Elena Vitali and İbrahim Tatlıses. I need strong and melancholic voices like them. Orhan Gencebay, Kibariye and Harris Alexiou from Greece are among the artists with whom I would like to perform a düet.

ÖB: Do your songs mainly tell the emotions of women?

YL: No, they do not. Good question. I suppose, women are capable of carrying the emotions that men cannot reveal. We are able to give birth to someone else. I think men do not bear such strong emotions.

ÖB: Can you tell us more about the Ladino language that you sing in?

YL: Sure. The Jewish community was speaking Spanish when they were living together with Christians and Muslims in Spain. Later, they were expelled across different regions of the Balkans. While most of them took shelter under Ottoman rule, others escaped to Morocco and Israel. Their Spanish was influenced by the mother language of the region they settled in. Turkish, Greek and Arabic words were added. Ladino is still very close to Spanish, but the vocabulary is different.

ÖB: Do you have any songs in Ladino?

YL: There are six Ladino songs on my albums, which are roughly between 400 and 500 years old. The others are either my compositions or belong to other composers. They are written in Spanish. I can compose Ladino songs, but I respect my language. It is something secret that we need to preserve.

Our language will die one day; [therefore] it should sustain its purity. I never go beyond Ladino's traditional form. These songs do not belong to me, but those who suffered pain. If you sing in Ladino, you must take its responsibility. I am also a dizzy person and run between different thoughts. That's why I write my songs in Spanish.

ÖB: Which countries do the musicians come from in your group? How did you select them?

YL: I am working with many musicians. They are from Iran, Turkey, Spain, Armenia and the U.K. In my group, Turks and Armenians get along well. The secret is harmony. I never say to a musician to play notes. I ask them to listen to my song, then say, "Let's play this song together by heart." I employ musicians with the help of my friends or through the Internet. Over the years, they started to find me.

ÖB: There are differences between stage and studio performance. Which one do you think you are better at?

YL: Certainly on stage. While studio recordings are stagnant, you are free on stage and can get crazy at any time. The audience helps you to create an exciting atmosphere. I always offer my thanks to God. My fans allow me to lose myself on stage. They never criticize me. Everything must be in order in the studio. I do not feel free there.

ÖB: What is new on your latest album?

YL: "Libertad" allowed me to unearth my musical soul. It shows who I am, what I am and where I am now. I can also say my new album is mainly focused on Spanish and Turkish music. There is a Turkish song, "Firuze," by Sezen Aksu. She said, "You made my hair stand on end. You sang full of emotion."

ÖB: What do you think about current political issues in the Middle East?

YL: Everyone asks me the same question, but I stay away from talking about it. I am a musician, not a politician. Whatever I say, I will presumably upset some people. Briefly, the current atmosphere is rather heartbreaking. It even makes me cry. I am ready to do everything for peace and compromise.

The underlying reason is people do not respect each other. Everyone thinks their religion is the best. To give an example, when Jews were expelled from Spain 500 years ago, Christians forced them to adopt Christianity. However, I am now standing as a Jewish woman in front of you. What I am saying has a single meaning: do not change anyone.

Respect everyone as they are. We can only live in harmony in this way. If peace and reconciliation were established in the Middle East, the land would be the world's most beautiful place. However, we are fighting like fools. We are fighting for food and land. They do not belong to us, but to God.

ÖB: What kind of a future do you dream about?

YL: My main principle about the future is, "Nothing is constant - everything can change anytime." If you are asking me what I want to do in the future, I absolutely want to continue singing. This is the purpose of my existence.
Last Update: Aug 15, 2014 2:16 am
RELATED TOPICS