Civilizations Choir of Antakya gains wider fame around the world 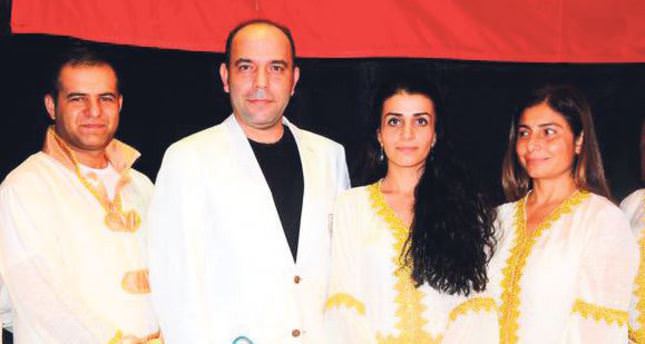 by AA Sep 10, 2014 12:00 am
The Civilizations Choir of Antakya, province of Hatay, with members from three local monotheistic religions and six sects, has drawn local and foreign attention with their songs and hymns. Founded in Hatay, known as "the city of tolerance," the choir is composed of 120 people. The choir, whose members include Alevi, Sunni, Catholic, Orthodox, Armenian and Jewish-origin Turkish citizens has made a name for themselves with their songs in 12 different languages.

The choir previously performed at the European Court of Human Rights, European Parliament, U.S., Greece, Switzerland, Belgium and Germany and shows that beauty comes from the differences found in humanity. In his statement to Anadolu Agency (AA), the head of the Civilizations Choir of Antakya Association Yılmaz Özfırat said they have won recognition with their stage costumes designed with Hatay's silk fabrics.
Founded within the scope of Tourism Week in 2007, Özfırat said the choir consists of volunteer adherents to three local monotheistic religions representing various professionals including priests, imams, students, nurses and house wives. He emphasized that the choir performs songs and hymns in 12 languages and tries to sing in different dialects from various cultures. "We believe beauty is in differences," Özfırat said, before adding they prepare a special song for every country they visit in that country's own language. The choir has given over 250 concerts since its foundation and has a fixed schedule until 2017. The Civilizations Choir of Antakya will perform on three different stages on Oct. 24. Moreover, the choir will take the stage in the Turkish Embassy in Washington on Oct.

29 for the celebration of Turkish Republic Day and will be awarded by one of the biggest media institutions in the U.S. on Oct. 30. Özfırat said that they want to tour southeastern Anatolia in 2015 to contribute to the reconciliation process.