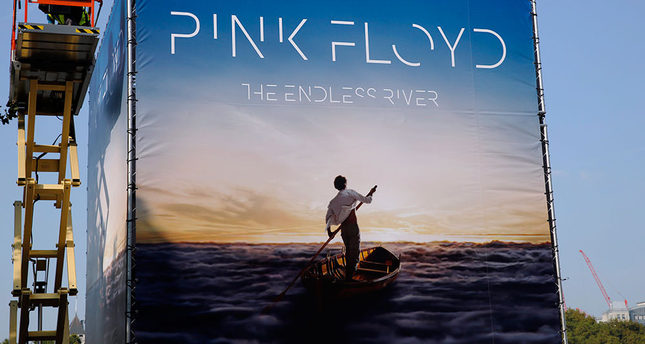 by Anadolu Agency Sep 24, 2014 12:00 am
Pink Floyd, Britain based psychedelic and progressive rock group who sold over 250 million albums, are to release an album in October titled "The Endless River."

Polly Samson, the lyricist of the group and wife of the band's guitarist David Gilmour, revealed the album on her Twitter account. "Rick Wright's swansong" she said about the record, referring to one of the group's founders who died in 2008.

Pink Floyd later released a statement confirming the album and noting that it will be based on sessions for the band's last studio album, The Division Bell, which was released 20 years ago.

The group last performed at the Live 8 concert in London in 2005, along with former singer and bassist Roger Waters who quit the group in 1985.