İş Sanat ready for a season full of art 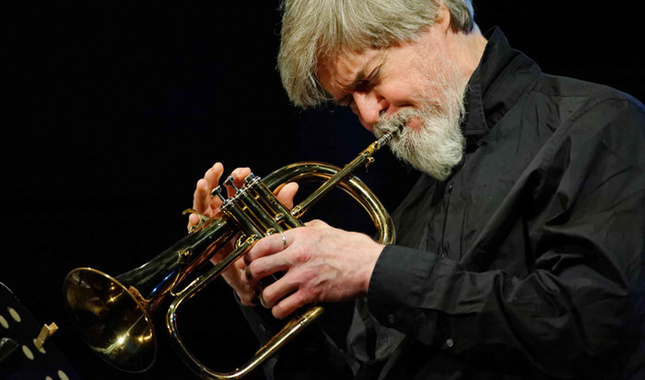 by Zeynep Esra İstanbullu Oct 04, 2014 12:00 am
İş Sanat is launching its 15th season on Nov. 1 with the Borusan Istanbul Philharmonic Orchestra (BIFO), which shook the world last July at the BBC Proms, one of the biggest classical music festivals. Enjoying the privilege of being the first Turkish orchestra invited to the BBC Proms, BIFO will be accompanied by leading Turkish conductor Alpaslan Ertüngealp and award-winning pianist Hüseyin Sermet, famous for his eclectic repertoire.

Following the opening performance, the outstanding Russian virtuoso Vadim Repin will win the hearts of classical music devotees once again on Nov. 14. In 2011, Repin became engraved in the minds of audience members with his impressive virtuosity at İş Sanat. As an honored name in the classical music world, Repin will be on stage with British conductor James Judd and the talented chamber orchestra "Wiener Concert-Verein. One of the most talented violinists of the new generation, Korean-American Sarah Chang, will perform with the well-known Spanish chamber orchestra "Filarmonia de Camara de Valencia" on Nov. 25. The next impressive event will be the concert of I Sonatori, one of the most famous Italian music groups, with the most successful contemporary violinist, Giuliano Carmignola, on Dec. 5.

İş Sanat will host the Munich Chamber Orchestra, one of the most distinguished chamber orchestras in Europe, and German-Japanese pianist Alice Sara Ott at the last classical music performance of 2014. The concert will take place on Dec. 13 conducted by the most dynamic maestro of the new generation, Alexander Liebreich.

A series of jazz concerts will begin with Stacey Kent, one of the most highly applauded female jazz vocalists. Her warm and romantic voice is the cornerstone of her unique style. The Grammy-nominated singer will sing for Istanbulites on Nov. 18 with a repertoire harmonizing Brazilian charm with the timbres of jazz. Saxophone master Pharoah Sanders will take viewers into the depths of the jazz world. Sanders became famous with his expressive and anarchic free jazz in John Coltrane's late ensembles. One of the creators of free jazz, the living legend will give an unforgettable concert with German pianist Joachim Kühn, who blends contemporary classical music with jazz elements, and also Indian percussionist Trilok Gurtu. The Pharoah Sanders Trio is ready to deliver a star performance on Nov. 27 at İş Sanat.

The U.K.'s flourishing jazz star Anthony Strong will give the closing performance of the jazz concerts on Dec. 16. He reinterprets jazz standards with superb keyboard skills, allowing him to take his place alongside Jamie Cullum and Michael Bublé.

İş Sanat's next concert, the Ravi Coltrane Quartet was previously cancelled due to the tragic Soma mining tragedy that occurred in May. The concert was rescheduled to Feb. 27, 2015. Following in his father's footsteps, Coltrane continued his career as an acclaimed saxophonist. Creating an improvised quartet arrangement, he will perform his latest album "Spirit Fiction." The last guest of the İş Sanat jazz series will be internationally acclaimed trumpet player Tom Harrell, one of the most creative instrumentalists and composers in recent times. On April 21, 2015, he will demonstrate his unique style, aspiring improvisation and flowing sound.

Touring around five continents, the von Trapps will give their first concert in Turkey on Nov. 12. The musical journey of the family began with Captain Georg Johannes von Trapp and Maria von Trapp who escaped Austria, moved to the U.S. and later toured around the world singing for two decades. Their story became famous with the film "The Sound of Music" based on Maria's memoirs. Today, the family's tradition continues thanks to the grandchildren who still perform music on different stages.

Ayo, who entered the music world in 2006, was set to perform in Istanbul earlier this year, but was also canceled due to the Soma incident. Her concert will take place on Dec. 2, and she will perform songs from her latest album "Ticket to the World." Legendary Flamenco guitarist Paco Pena will take the stage with his new music project "Flamencura" on Feb. 12, 2015. Among the other invited singers, Italian Ornella Vanoni, who started her career in theater, but is recognized for her pop-jazz songs, will be on stage in January. The world music concert series will continue with Portuguese musician Dulce Pontes on Apr. 3. Described as the 21st century's Bob Marley by BBC music critics, singer and composer Asha will present a European musical style harmonized with African sounds in May. The last guest of the world music series of this season will be the lively Tunisian lute master Dhaffer Youssef, who will close the concert series on May 11.

The critically acclaimed Jessica Lang Dance Company will perform on two nights, Apr. 9-10, 2015. Founded in 2011, the dance company is stirring the dance world with its sold-out shows on renowned stages. They have performed in famous opera houses in New York, Paris, London and many other theaters around the world.

New season tickets will be available beginning on Oct. 13. İş Sanat Cybele Gallery will launch the new season with Özdemir Altan's exhibition on Oct. 5, while the İzmir-based gallery will present an exhibition by Mehmet Mahir on Oct. 22.