Music as a method of healing in Ottoman times 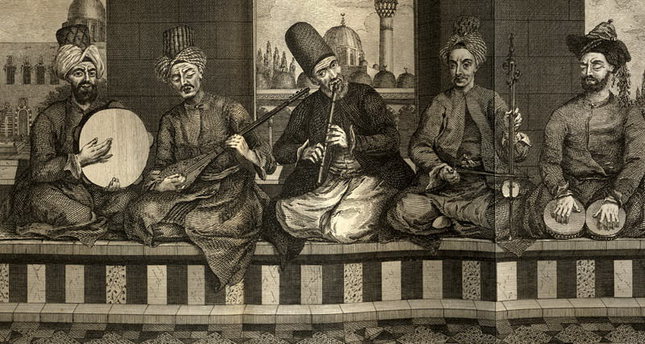 by AA Oct 09, 2014 12:00 am
The historical "darüşşifa" (hospital in Turkish) in Sultan Beyazid II Social Complex in the northwestern province Edirne was famous for alternative treatment methods from the 15th to 19th centuries. Alongside water, sound and scent therapies, Ottoman physicians used music to treat their patients. Speaking to the Anadolu Agency (AA), Trakya University Chancellor Yener Yörük said the hospital offered its services to mentally-ill patients along with patients suffering from physical diseases. Ottoman historian and wanderer Evliya Çelebi's (1611-1682) "Seyahatname" (Book of Travels) contains abundant information about the hospital. Çelebi recorded the number of doctors working at the hospital, how much money they earned and which makams (Ottoman classical music systems) were appropriate for treating certain illnesses. "Although these remedies are different from modern medicine, they were the most modern treatments at the time and were commonly practiced at the hospital," Yörük said. In order to cherish the memory of the period, music is broadcast on certain days of the year at the hospital, which was converted into a health museum in 1993. So far 19 concerts were held at the museum with 10 musicians, as mentioned in the historical accounts, and it is now ready to host its 20th concert in the upcoming months. In addition to common medical treatments such as cauterization and cupping, music was also used at the hospital as clearly described in "Seyahatname:" "In the hospital which was built by late Sultan Bayezid II, three singers, a ney [reed flute] player, a violinist, a miskal [pan flute] player, a santur player, a dancer, a çeng [Ottoman harp] player and a lute player give concerts three days of the week to patients and the mentally ill to cure them. God willing, most of them like the sound of instruments and relax. While certain makams such as Neva, Rast, Dügah, Segah Çargah and Suzinak are good especially for mentally ill patients, other makams including Zengüle, Buselik and Rast help all patients. All instruments and makams are good for the human soul." The music treatment section is one of the most striking sections of the museum. Musical treatments are demonstrated with models and related information is given regarding which makam used for what illness. Rast was played for people suffering from convulsions and paralysis while Zirefkend was used for those suffering from back pains. Heart diseases were treated by playing Zengüle, headaches through Rehavi, urological problems through Hicaz and malaria through Uşşak.