Dillon: ‘The Moon covers me’ 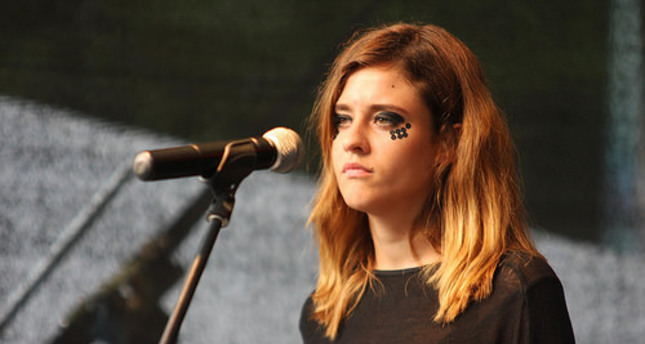 by Daily Sabah Oct 22, 2014 12:00 am
One of the longest running festivals in Turkey, the Akbank Jazz Festival comes for the 24th time between Oct. 23 and Nov. 2. continuing to bring all the colors of jazz to Istanbul. Based in Germany, born in Brazil, singer and pianist, Dillon will appear at the Akbank Jazz festival on Oct. 31st as she continues to promote her second album "The Unknown," which was released in March 2014. When her debut album, "This Silence Kills," came out, she was described as an "experimental pop singer" whose songwriting was compared to Feist, Björk and Joanna Newsom. The artist has received invitations from festivals around the world after her concerts made a splash at home and abroad. Dillon claims her second album "The Unknown" explores themes such as longing, love, loss, temporariness, fear and desire.

Daily Sabah: Are you a melancholic person? How would you describe yourself?

Dillon: Although I can be melancholic at times, I would not go as far as saying that is a constant part of me. I am sensitive.

DS: How should we describe your music?

Dillon: When I get asked what I do, I say I make electronic music with a focus on my voice and words. I try to create electronic soundscapes that allow my stories to be told.

DS: Why do you think your This Silence Kills was so popular? I have heard stories but what is the real story of "Thirteen Thirtyfive?"

Dillon: I don't know what it is about This Silence Kills. Thirteen Thirtyfive should be what you need it to be. I know what drove me to write it, and I will keep that to myself. I would like you to find your story in my words rather than trying to find out what mine is.

DS: What is your favourite remix of Thirteen Thirtyfive? I think Deniz Kurtel's was brilliant.

Dillon: I prefer the original.

DS: What are the differences between your The Silence Kills and "The Unknown?"

Dillon: The two records are not meant to be compared, but rather The Unknown should be seen as the continuation of This Silence Kills. This Silence Kills was written over years and then produced and released within a matter of months. While writing and producing The Unknown I had a much more conceptual approach to writing lyrics and building soundscapes. Nonetheless both albums are a self-portrait.

DS: What are you afraid of most?

Dillon: I try not to think this way.

DS: When did you fall in love first? And was it one of your inspirations when you started to write lyrics?

Dillon: Loss and despair were what drove me to write.

DS: Where is your favorite place in Germany?

DS: Have you been in Istanbul before?

Dillon: I have not, but I am very much looking forward to it.

DS: What is your favorite song on your new album? And who "covered" you?