A musical dialogue: Kenny Barron teams up with Dave Holland in Istanbul 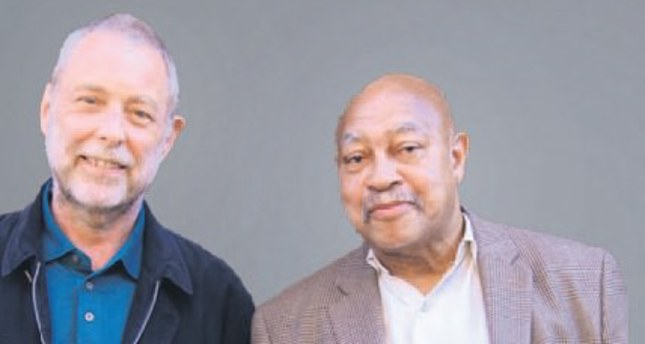 Akbank Jazz Festival, one of Turkey's longest running festivals, is going to embrace the city with different colors of jazz for the 24th time until Nov. 2. Jazz can be performed in any band form, from big bands to solo performances but the pleasure of "duet" jazz projects are exceptional opportunities to witness the musical dialogue between musicians throughout the concert. And if this duet consists of pianist Kenny Barron, who has been nominated for Grammy awards many times for his works and performances, and bassist Dave Holland, this concert is certainly going to be one the most memorable experiences. Discovered by two legends of jazz history, namely Dizzy Gillespie and Miles Davis, these two musicians are unique in their styles of performance. The duo will take stage at the Zorlu Center PSM on Oct. 31 at 09:00 p.m. Prior to their performance, Daily Sabah conducted a read-worthy interview with Kenny Barron.

Daily Sabah: Can you tell us the starting point of this project? How two such great Jazz musicians were connected and when was this "duet" project started?

Kenny Barron: "The Art of Conversation" comes off the heels of our extensive duet tours in Europe and the United States beginning in 2012. We had long shared admiration for each other during the 1960s and '70s. But it wasn't until my 1985 LP, "Scratch" (Enja Records) on which we first recorded together in a trio setting with Daniel Humair. Afterward, we worked together with baritone saxophonist Nick Brignola's albums, "On a Different Level" (Reservoir, 1989) and "It's Time" (Reservoir, 1991).

In 2011 Holland invited me to perform a duet at the International Festival de Jazz de Montreal and we rediscovered the magic created. A year later, noted producer and director of Universal Music Publishing France, Jean-Philippe Allard caught our splendid September 2012 performance at the Festival a'La Villette held in Paris. The concert inspired Allard to ask us if we would be interested in recording a studio date.

DS: We know the Turkish audience and Jazz lovers will enjoy a delicious jazz feast during your concert. Will you share with us details about the program? Any surprises?

KB: Well, if we told you in advance, it would not be a surprise! Of course we plan on performing music from our new CD, The Art of Conversation which [was] released on Sept. 15. There are some new songs that we wrote as well as some of our favorite standards. We have a lot of fun coming up with music in the moment so we will surprise ourselves too!

DS: Have you already recorded the album, or will you record one after your tour?

KB: The CD, The Art of Conversation (Impulse!) was recorded in March 2014 after we had toured for about a year.

DS: In this setting, would you prefer to do a studio recording or a live one? Generally, which ones do you prefer?

DS: What else are you working on these days? Any new album projects?

KB: We haven't done a trio recording with my band so that's up next - Kiyoshi Kitagawa on bass and Johnathan Blake on drums. We've been working together for almost 10 years so it's time!

DS: Some critics say jazz is in trouble these days. When you compare today's scene with that of the 1960s, how do you feel about jazz? The young cats? Do you see an evolution, an improvement or a decline?

KB: Jazz is always moving forward- that's the beauty of our music. Everything and anything can be inspirational and I try to share those emotions and viewpoints with the audience. Hopefully they can feel something from the stories we tell that connects to their own story.

DS: We know that Philadelphia is the birthplace of many great musicians and your brother is also into music. So it must be inevitable to go after music / jazz? Can you tell us your journey at your early ages both in Philadelphia and NYC?

KB: My brother Bill Barron was 16 years older than me so I had to sneak into his gigs when I was a kid. Philly was a wonderful place to learn music: I studied classical piano with Vera Bryant (mother of noted jazz musicians Kevin, Robin and Duane Eubanks) and as a teenager I played classical recitals around Philly at churches but you wouldn't call it professional. I couldn't do it now to save my life - it's a different mind set.

I started playing in local clubs when I was 16 with Philly Joe Jones and Jimmy Heath. After graduating from high school I moved to NYC where my brother Bill was living and played on his recording "The Tenor Stylings of Bill Barron." I used to hang out at The Five Spot and James Moody heard me play one night and hired me. I had been freelancing with different musicians like Roy Haynes and Lee Morgan but this was my first job as a band member. Moody later recommended me to Dizzy Gillespie who hired me- and I stayed for four years (1962-66) and gained a love for Latin music and be-bop.

Later on I worked with Yusef Lateef who set a high standard for education - he made sure all of us in the band got our college degrees - in fact, we would study during set changes and write papers on the tour bus. It was learning on all levels.

DS: Why the piano?

KB: When I was four years old there was a man who would deliver ice to our house - this was before refrigerators had ice machines - and afterward he would sit down at the piano in the living room and play. He wasn't trained nor was he a formal musician and every time he would play something different. I was hooked.

DS: What type of piano do you own and/or prefer to play?

KB: I endorse Steinway & Sons pianos which is what I have at home as well. In concert I play a Concert D 9 foot Steinway.

DS: We know that Dizzy Gillespie for Kenny Barron and Miles Davis for David Holland are very important names. Who are the other most influential musicians for you?

KB: Tommy Flanagan because of his beautiful touch - there is nothing like it and it made me understand the importance of touch.

DS: You are both involved in teaching, which is really very important, being generous in passing on experiences and musical knowledge to young musicians. How do you feel about them and what would you advise them?

KB: A lot of the young students are impressive - their technical ability is highly developed and they can do things on the piano that are amazing. There are some master musicians who can put it all together - the emotion, the senses - and they can express it in a unique and personal way. But unless they understand the concept of swing and how to use it, then it doesn't move me.

DS: On a final note, would you like to add anything, any message or any memory that you would like to share with the Turkish jazz listener?

KB: We've both been to Turkey many times performing at festivals and clubs. The audiences are great and we are excited to be returning as a duo and to share some great food! One of my favorite meals in the the world was eating grilled branzino at an outdoor cafe in Istanbul.