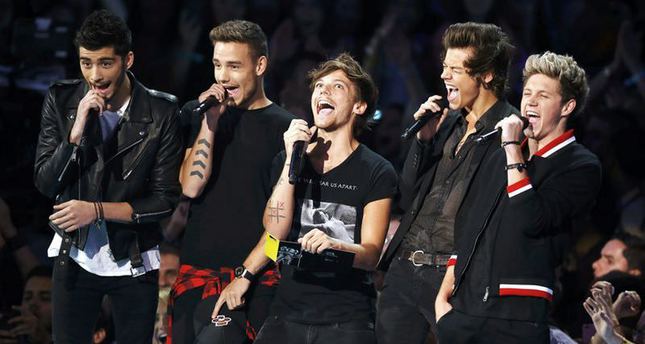 by Nov 10, 2014 12:00 am
Boy-band sensation One Direction won big at one of Europe's top music events on Sunday, scooping three MTV Europe Music Awards at a firework-filled ceremony in Glasgow.

The ceremony, celebrating its 20th anniversary, was held in the 13,000-seat SSE Hydro in Glasgow.