Submotion Orchestra to make everyone dance 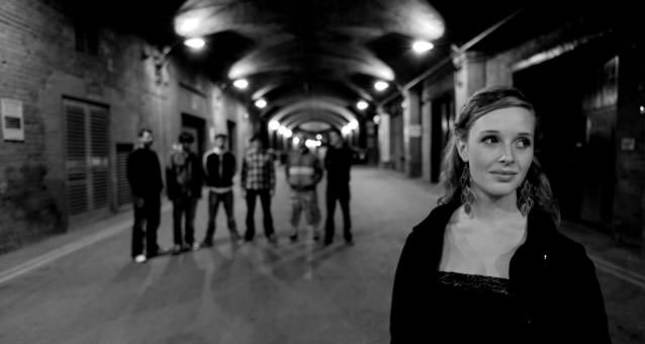 by Daily Sabah Nov 27, 2014 12:00 am
British electronic jazz and soul band Submotion Orchestra will perform on Nov. 28-29 at Salon, inviting all of their fans to the dance floor. Founded in 2009, the Leeds-based Submotion Orchestra is an electronic jazz band composed of Taz Modi on keyboard, vocalist Ruby Wood, Chris Hargreaves on bass, percussionists Dom "Ruckspin" Howards and Danny Templeman, Simon "Bobby" Beddoe on trumpet and Tommy Evans on drums. The band gave their first ever performance at a bar named Hukaz in Leeds, and their concert at the York Minster cathedral was their breaking out point. Aside from the incontestable musical effect of Leeds, the band was influenced by electronica, jazz and club rhythms, although it is hard to label the Submotion Orchestra's musical style. While Modi, Beddoe and Wood have a jazz background, it is possible to hear Brazilian music in Templeman's percussion and jazz rhythms in the drum solos of Evans, which makes the band swing from one genre to another. Moreover, the Submotion Orchestra includes improvisation in their repertoire, always putting chamber music at the core of their musical style. The group gives voice to the polyphony of life through their instruments. According to Time Out London magazine, the Submotion Orchestra is a band that is "Gilles Peterson-approved trip-hop, spiced up with some post-dubstep inspired beats."

The band members also take part in different projects, and they believe that these projects contribute to the vision of the band. The Submotion Orchestra, which has performed on the hottest stages in Europe, such as The Big Chill, Latitude and Bestival, has been performing alongside a salsa dance group named Element Dance at the Outlook Festival for the past two years. The seven-piece band released their albums "Finest Hour" in 2011 and "Fragments" in 2012 as well as two EPs: "Always" and "All Yours." Last July, the band introduced their newest single, "Time Will Wait." On Nov. 24, their new album, "Alium," was released.

The band gives advice to young people who want to be musicians: "If you want to earn money, do not become musicians. This job is done for love not money."