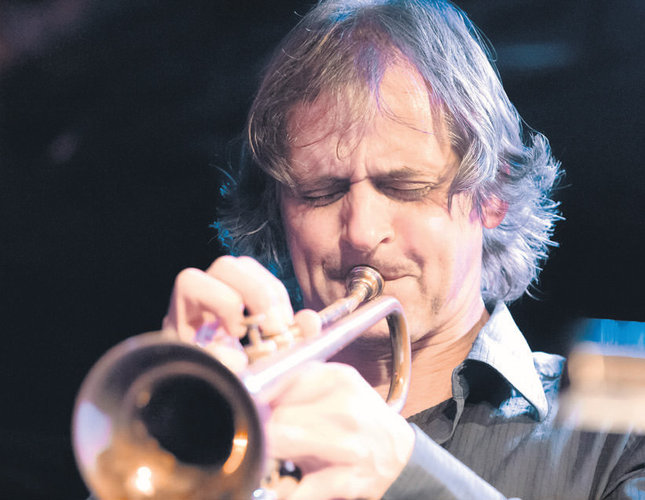 by Zeynep Esra İstanbullu Jan 19, 2015 12:00 am
One of the most versatile musicians of our time, WDR Jazz award-winning trumpeter Markus Stockhausen, the son of renowned composer Karlheinz Stockhausen, will take the stage at Akbank Sanat on January 20.

He is one of the rare trumpeters that specialize in contemporary music, classical music and modern jazz. Apart from his own compositions, he will perform a repertoire of classical jazz during the upcoming concert.

Born in 1957, Stockhausen worked with his famous composer father Karlheinz Stockhausen, who created many compositions for him for 25 years. The reputable trumpeter's extraordinary control on his instrument provides him with advantages on stage, and he has been greatly influenced by post-bop, world music, free jazz, electronica and ambient. When he recorded the album "Continuum" for ECM with pianist Rainer Brüninghaus, he interpreted compositions that are rarely played with trumpet, flugelhorn and piccolo trumpet. He has also worked with bassist Gary Peacock, guitarist Ralph Towner, bassist Arild Andersen and percussionist Patrice Heral. Stockhausen brought different perspectives on music when he created a trio with pianist Angelo Comisso and bassist Christian Thome.

Since 2001, he has composed for music ensembles and orchestras, including "Choral und Sehnsucht," "Sonnenaufgang," "Ascent and Pause," "Miniatur," "Symbiosis" and "Tanzendes Licht" for which he took stage as soloist. He won the WDR Jazz Award in 2005 and has released almost 60 CDs so far. Stockhausen has organized regular workshops on "Intuitional Music and More" and given lessons entitled "Singing and Silence."