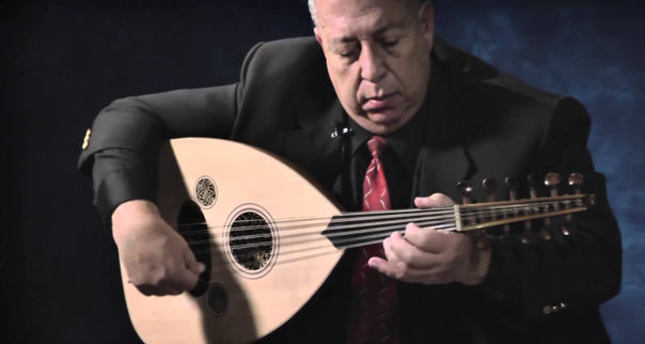 by Zeynel Yaman Jan 24, 2015 12:00 am
John Bilezikjian who made ouds, which are one of the most iconic instruments of the region, was popular in the U.S., passed away on Jan. 19 at the age of 67 due to health problems. Born in Armenia, he began playing oud when he was 10 years old and later helped Middle Eastern melodies gain a place in Western orchestras. Known as "America's Oud Virtuoso," Bilezikjian worked with the legendary Leonard Cohen for many years. The musician, who helped people fall in love with the oud thanks to the recitals he gave, composed soundtracks and background music for many television series and Hollywood films. Playing violin, darbuka and many other instruments besides the oud, Bilezikjian played oud as a solo artist at one of the concerts for the Boston Pop Orchestra, which has been performing light orchestral music and pop since 1885. The musician, who released dance song albums in Armenian and Greek, founded the Dantz music labelin the U.S. In 1979, Leonard Cohen accompanied Bilezikjian covering the world-renowned song "Partizan" with his oud. The artist, who claimed to know 11 foreign languages, performed Turkish music on his album "The Magic of Bilezikjian" in 1995. Bilezikjian embodied all the colors of Anatolia with his music and cultural knowledge.