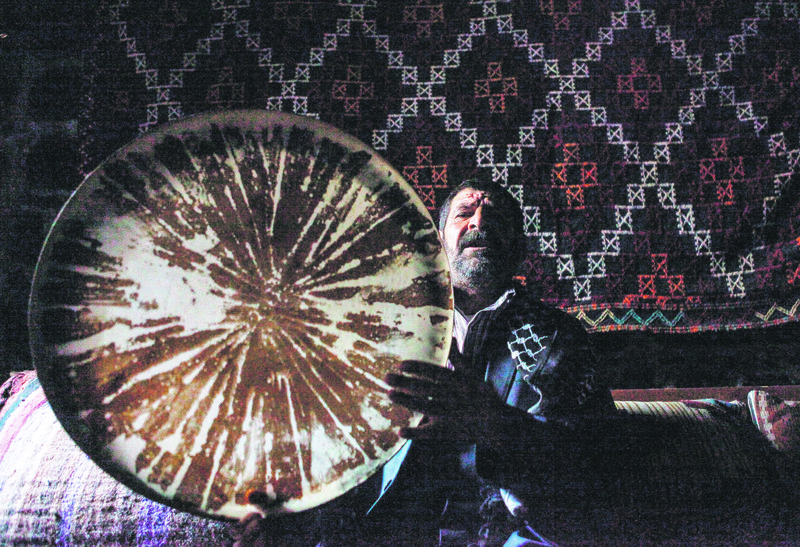 by daily sabah Apr 28, 2015 12:00 am
The concert series performed by dengbejs (poets), where songs in Kurdish, Arabic and Turkish are performed, help refugees breathe a sigh of relief even for a just a while. The concert series will continue today with performances in a refugee camp in Şanlıurfa's Suruç district, which hosts people from Kobani. Mustafa Ekici, the Channel Coordinator of the state-run broadcaster Turkish Radio and Television's (TRT) Kurdish-language station TRT Kurdi said, "We wanted to offer our hospitality with a concert series intended for the refugees." He said they aim to help them have a good time even for just a short period, and to share their pain and sorrow. "We gave the first concert in the Midyat district of Mardin to 5,000 Yazidi refugees taking shelter in the camps. This will be our second concert," Ekici added. Poet Kurmanc Bakûrî from Duhok, Şırnak's famous poet Ramazan Silopî, young poet Yakup Yazıcı from Ağrı and Dersim-based singer Nimet Yıldız will perform at the concert in Suruç. Abdulselam Akıncı, who stands out with his relief projects, is organizing and hosting the concert series. The concert will begin tomorrow at 8:15 p.m. and will be broadcasted live on TRT Kurdi.
Last Update: Apr 28, 2015 11:04 pm
RELATED TOPICS