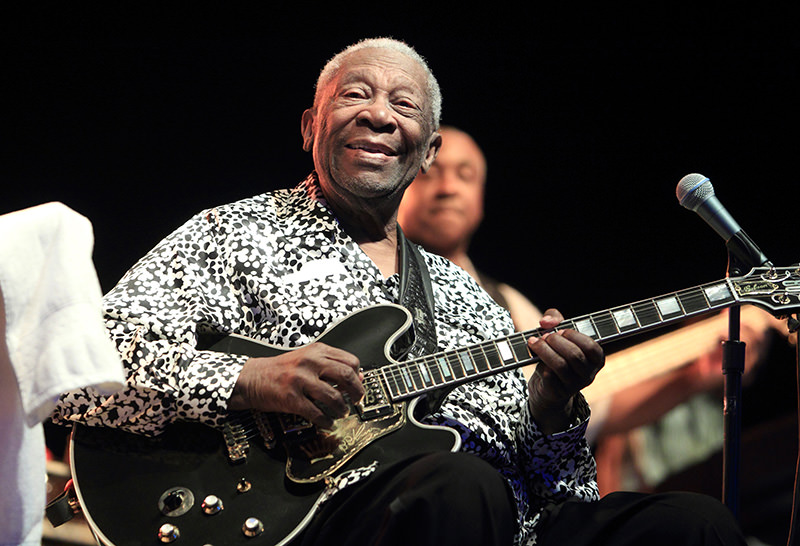 King, a towering influence over generations of musicians, still maintained a touring schedule that put to shame much younger artists until late last year when his health declined.

He had issued a final statement on May 1 saying that he was entering hospice care at his home in Las Vegas.

News of King's death elicited tributes from musicians across genres who credited the guitarist as a major force in the direction of 20th-century music.

"BB, anyone could play a thousand notes and never say what you said in one. #RIP," a much younger star guitarist and singer, Lenny Kravitz, wrote on Twitter.

The Canadian singer Bryan Adams tweeted: "RIP BB King, one of the best blues guitarists ever, maybe the best. He could do more on one note than anyone."

Despite his fame, King was frequently remembered for his warm and hospitable personality.

Jon Brewer, the director of a 2012 documentary on King narrated by Morgan Freeman, said that he learned "so much of his kindness, generosity and sincerity as a human being" when making the film.

"His passing is truly a great loss for the music industry," he said in a statement.

Born in Mississippi, Riley B. King began performing in the 1940s and he influenced a generation of musicians and worked with the likes of Eric Clapton and U2.

King later christened his trusty guitar Lucille -- a reference to a brawl over a woman between two men that set off a fire though which King rushed to save his instrument.

Despite King's decades of recognition, his final days were clouded by unseemly scenes amid an apparent dispute between his family and manager over his care.
Last Update: May 15, 2015 3:24 pm
RELATED TOPICS