Elnur Huseynov to sing for both Azerbaijan and Turkey 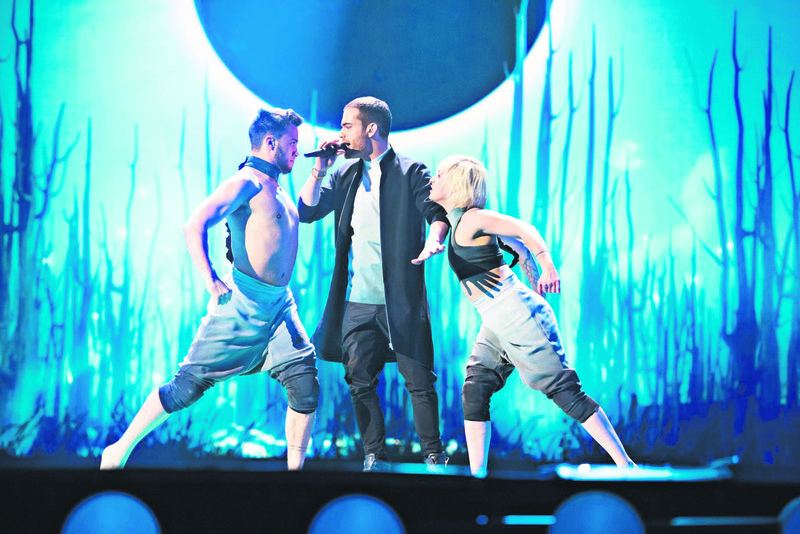 by Daily Sabah May 18, 2015 12:00 am
Azerbaijani singer Elnur Huseynov rounded up his Eurovision Song Contest preparations and his European tour in Turkey, which he called his "second country." The artist began stage rehearsals for the Eurovision Song Contest with a large team hailing from all over the world. "It is a great privilege to work with a talented team coming from the four corners of the world. We learn so much from each other, which is a very inspiring situation. I look forward to the moment when I can share this spirit with all Eurovision fans," Elnur said.

The singer, who touched the hearts of the Turkish people with his strong voice during the TV show "O Ses Türkiye" (The Turkish production of the British TV singing competition "the Voice"), shared few clues about his Eurovision stage show. He said he wanted to be at the forefront thanks to his voice rather than due to exaggerated costumes and stage shows. The Azerbaijani singer will be accompanied by two dancers on the stage. One of the dancers is Lucas McFarlane, who won favor with Taylor Swift and Celine Dion as well as the British TV dance competition "So You Think You Can Dance," while the other is Julia Spiesser, who is the former choreographer of the French production of "X Factor."

Ambra Succi, the choreographer for Swedish star Loreen, the winner of the 2012 Eurovision Song Contest, will undertake the choreography of the show, which will be inspired by wildlife. Moreover, three vocalists will accompany the singer during his performance. Elnur, who has taken firm steps to win Eurovision both with his stage performance as well as his preparation, is supported by a team composed of tens of people from France, Canada, the U.K., Sweden, Ukraine, Malta, Azerbaijan and Turkey. The artist will compete in the semi-finals on May 21 and perform in the 11th spot. The final of the Eurovision Song Contest will take place on May 23.
Last Update: May 18, 2015 11:20 pm
RELATED TOPICS