Paco De Lucia to be remembered with Canizares concert 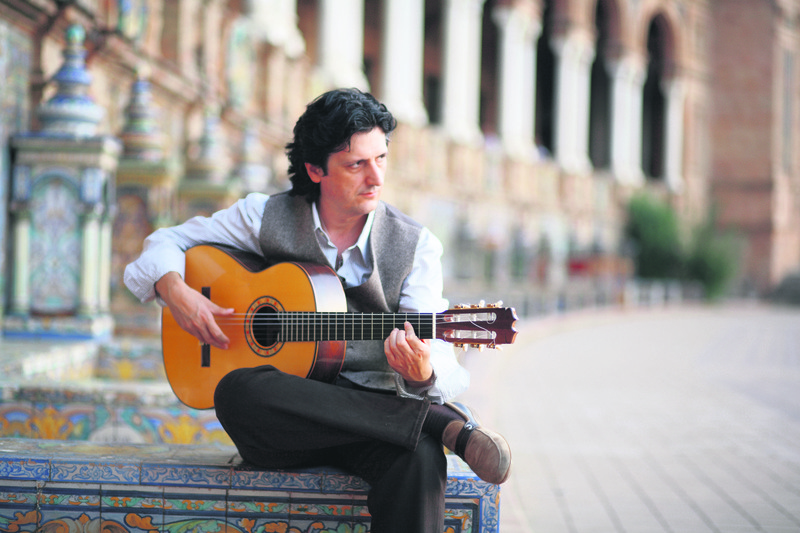 by Cenk Erdem May 21, 2015 12:00 am
The Second Cemal Reşit Rey Guitar Festival, which runs until May 24, will host some of the most talented guitarists of our time. As part of the festival, one of the most famous flamenco musicians of the century, Juan Manuel Canizares, will present his project: "Canizares Flamenco Quartet Plays Falla." Spanish Academy Award winner Canizares is credited for the compositions he composed for the Spanish National Ballet. The artist, who worked with legendary musician Paco De Lucia for over a decade, will commemorate the famous guitarist with his songs tomorrow on stage at Cemal Reşit Rey.

Cenk Erdem: You not only represent Flamenco, but also contemporary Spanish music. As a composer, how do you define your music?

Juan Manuel Canizares: I created my own style of music after researching other types of music. I try hard to present my best performance every time in my albums and concerts. This always encourages me to quest for new music.

C.E.: So what attracts you to flamenco the most?

J.M.C.: Flamenco features so many values that attract me. Flamenco is a music that I have been living with for a long time.

Turkey and Spain have similar tastes as they share a common Mediterranean culture. Why do you think audiences first think of Buleria, which is a very lively rhythm when it comes to Flamenco?

Because Buleria has a very rhythmic structure, it summarizes the characteristics of flamenco best. Of course, flamenco has different styles such as Solea, Tangos and Siguiriyas.

C.E.: As a composer, you have composed music for the Spanish National Ballet. Were you able to be flexible in terms of creativity while you were working for the National Ballet?

J.M.C.: I was flexible in compositions every time, because while choreographers and directors would explain the structure they wanted, I was able to be flexible by respecting that structure.

C.E.: You are famous for your guitar. Do you also like flamenco dance?

J.M.C.: Dance is the visual interpretation of music. For me, flamenco and dance perfectly complement each other.
Last Update: May 21, 2015 11:55 pm
RELATED TOPICS