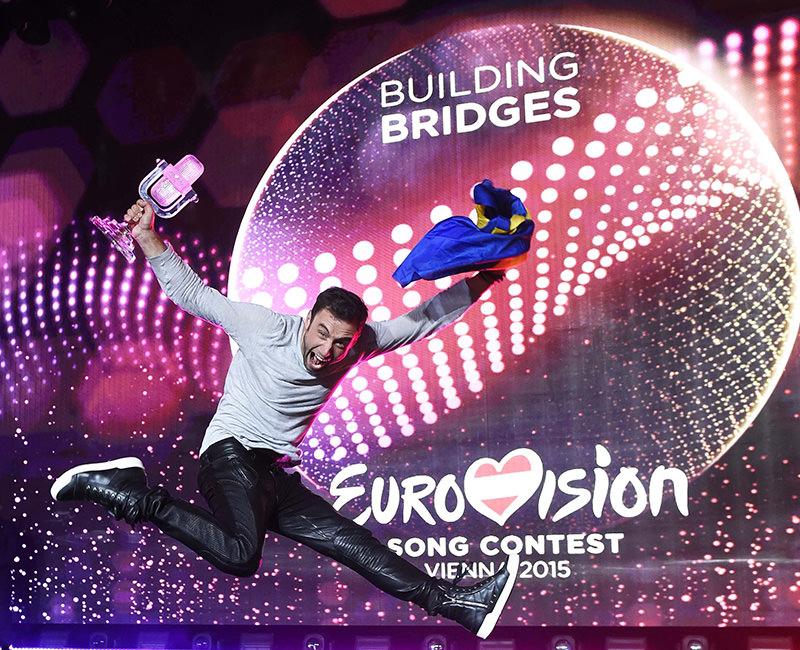 by Associated Press May 24, 2015 12:00 am
Sweden won the 60th Eurovision Song Contest on Saturday, finishing ahead of Russia, whose contestant received some boos as the Ukraine conflict spilled over into the continent's largest songfest.

Italy came in third. Australia, which was given a wild-card entry for this year due to its enthusiastic fan base and took part for the first time, was a dark horse, with many hoping candidate Guy Sebastian would triumph and secure a place for the country next year.

His failure to do so, placing fifth, means Australia will probably not be back next year.

The race between Russia and Sweden went back and forth for most of the evening as jurors from 40 countries cast their ballots, along a worldwide audience voting by phone and app.

The win by Mans Zelmerlow and his song "Heroes" marks a record seventh time that Sweden has taken top honors in the contest.

His win comes 41 years after that of Swedish group Abba, whose triumph in 1974 with "Waterloo" launched their world career.

About 200 million people watched on TV Saturday as the 27 finalists battled it out musically. Approximately 10,000 people followed the contest live in Vienna's mammoth Stadthalle.

Wurst, who co-hosted the show, was critical of the scattered boos that met Russian contestant Polina Gagarina and her pacifist-themed song "A Million Voices," calling the reaction "incomprehensible."
Last Update: May 24, 2015 11:04 am
RELATED TOPICS