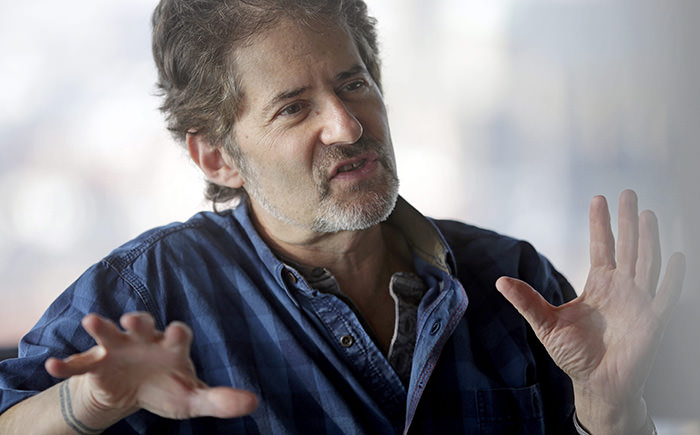 US film composer James Horner during an interview in Vienna, Austria, 03 October 2013 (EPA Photo)
by Jun 23, 2015 12:00 am
James Horner, the celebrated composer of several Hollywood smash-hit films including "Titanic" and "Avatar," died on Monday in a plane crash at the age of 61, US media reported.

"Brilliant Composer James Horner, friend & collaborator on 7 movies has tragically died in a plane crash. My heart aches for his loved ones," wrote director and colleague Ron Howard on Twitter.

Horner won two Oscars for his work on historical drama "Titanic." One for the song "My Heart Will Go On" performed by Celine Dion and the other for the film's score.

He was also nominated for an Academy Award on numerous other blockbuster movies including "Apollo 13," "Braveheart" and "Field of Dreams." His first nomination came in 1986 for heart-pounding science fiction film "Aliens"

Horner's most recent Oscar nomination was for the 2009 sci-fi epic "Avatar," directed by James Cameron.

American film touchstones of the 1990s such as "Patriot Games", "Searching for Bobby Fischer" and "Jumanji" were also composed by Horner.

Top actors and directors in the television and film world paid tribute to Horner online.

"Incredibly saddened to hear about the loss of James Horner. I grew up loving his work. He leaves behind a spectacular musical legacy," television series creator Seth MacFarlane tweeted.

"There is nothing that shaped my movie-going experience more than the musical genius of James Horner. He will live on through the ages," tweeted actor Rob Lowe.
Last Update: Jun 23, 2015 1:11 pm
RELATED TOPICS