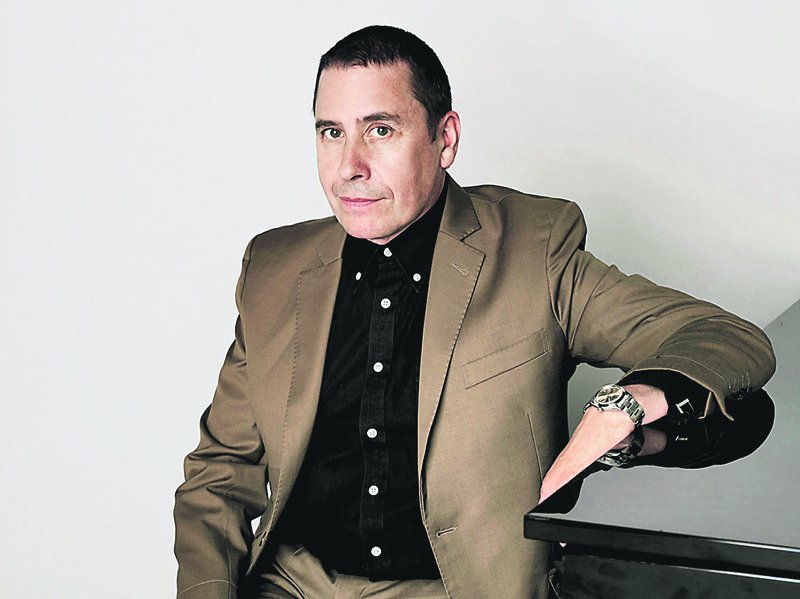 by Daily Sabah Jul 06, 2015 12:00 am
Continuing at full speed, the 22nd Istanbul Jazz Festival is getting ready to host veteran pianist Jools Holland and his band of 20, Rhythm and Blues Orchestra, today at Cemil Topuzlu Open-Air Theater. Known for his cult TV program "Later...with Jools Holland," which has been broadcast on BBC 2 since 1992, Holland and his Rhythm and Blues Orchestra will come to Istanbul for the first time in concert. While Holland and his band take the audience on a journey through classic R&B, soul, gospel and funk, Marc Almond, the British singer, songwriter and the frontman of legendary 80s band, Soft Cell, will be the surprise guest of the night. Holland, who has considered himself a music enthusiast since his childhood, was among the founders of Squeeze, one of the pioneers of the new wave movement in the 70s, at the age of 16. After contributing to the band and their hits for years, Holland broke up with the band in 1981 and decided to continue his career as a solo artist. The rhythm and blues orchestra that he founded in 1987 welcomed 20 musicians and they earned themselves a considerable fan base with their album sales and exciting live performances.

However, the turning point for Holland was the show "Later... with Jools Holland," which he began hosting on BBC 2 in 1992. By hosting various hot shots of the music industry from Leonard Cohen to Metallica, Radiohead, David Bowie, Red Hot Chili Peppers and Björk, he also became one of the legends of the music world. The TV show, which has become irreplaceable to its loyal audience, also helped many musicians and bands such as Norah Jones, Adele, Amy Winehouse and Florence & The Machine reach the masses. The concert will kick off with Irish singer Imelda May at 9:00 p.m. The artist worked with Holland on his latest album "Sirens of Song" and gave life to the rockabilly genre. Known for her devotion to modern retro music and bringing the energy of Dublin's streets to the stage, May was also one of the guests of Holland's show. After being hosted by Holland on BBC 2 with the musicians Jeff Beck and Elbow in 2008, May made a name for herself oversees with her cover of "Tainted Love." She released her second album "Love Tattoo" in 2009 and was able to top the Irish music charts with her third album "Mayhem" in 2010. The tickets for the concert can be purchased on Biletix, the counters of Istanbul Foundation for Arts and Culture (İKSV), and the entrance of the concert venue on the day of the show. The 22nd Istanbul Jazz Festival, which is organized by İKSV and sponsored by Garanti Bank, will continue until July 15 with veteran and colorful musicians.
Last Update: Jul 06, 2015 9:42 pm
RELATED TOPICS