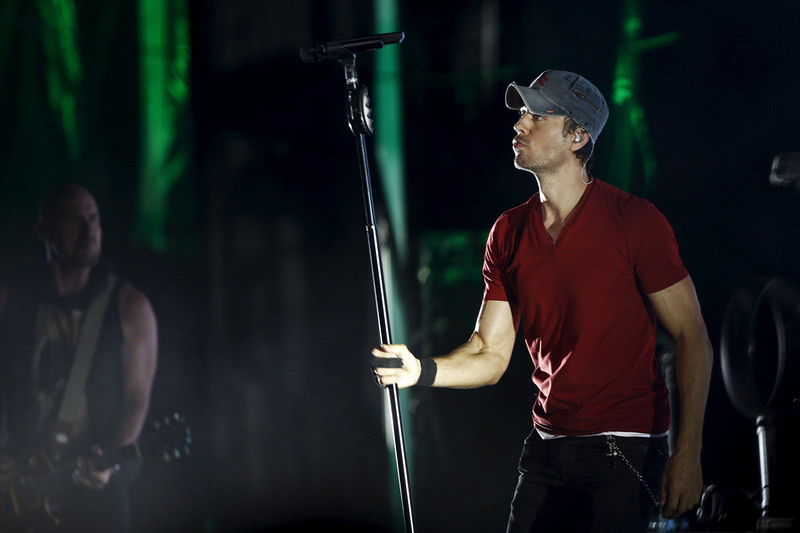 by Daily Sabah with IHA Aug 19, 2015 12:00 am
Best-selling, chart-topping Latin recording artist and heartthrob, Enrique Iglesias, will be on stage in Istanbul tonight as part of his concert tour "Sex and Love." The Grammy-winning pop singer will perform his hit songs like "Rhythm Divine," "Bailamos," "Hero," "Tonight (I'm Lovin' You)," "I Like It," "Dirty Dancer" and "I'm a Freak" at KüçükÇiftlik Park. Last week, Iglesias shared a message on his official Twitter account saying: "Turkey! So excited to go back and see all of you!" A few days ago he sent another video message: "Hi Turkey. I am Enrique Iglesias. I will be in Istanbul for a very special show on Aug. 19."

The famous singer has ordered special food and beverages for concert breaks. It is also rumored he will visit the Grand Bazaar and attend a party that will be held at Fosil in Karaköy. Iglesias has sold over 137 million records worldwide and holds the record for producing 26 number-one Spanish language singles on the Billboard's Hot Latin Tracks. He has 13 number-ones on Billboard's Dance charts, more than any other male artist. Iglesias is the best-selling artist in the U.K. and the best-selling international artist in India. Iglesias released his latest album, "Sex and Love," last year. Featuring collaborations with famous musicians including Jennifer Lopez, Kylie Minogue and Pitbull, the album topped the charts in the American Latin pop music category.
RELATED TOPICS