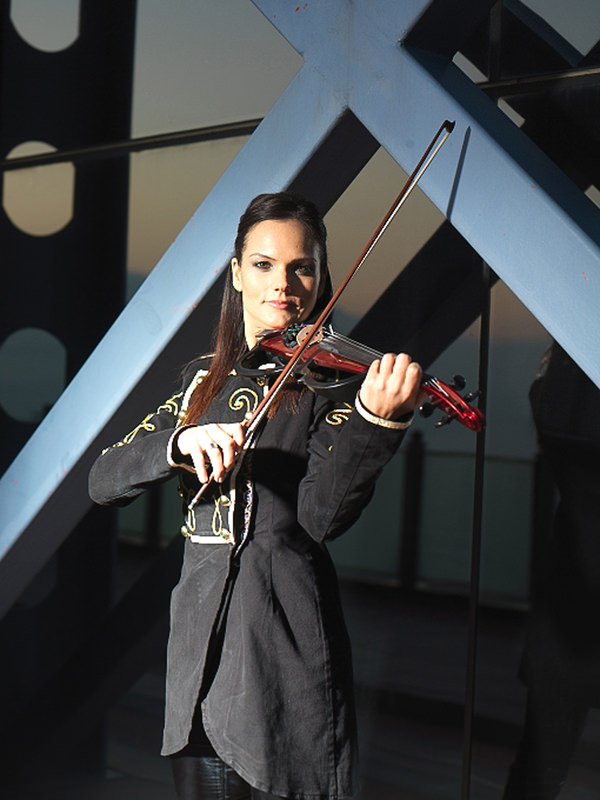 The Leyla Gencer Opera and Art Center, which was established by the Bakırköy Municipality to stage operas and concerts, named after Turkish opera diva Leyla Gencer, welcomes the 2015-16 season. Violinist Canan Anderson, the play "Klasikomik" directed and performed by Metin Uca, musicals "Fosforlu" and "Tangoneva," Şevki Karayel's piano recital and various other performances await Istanbulites in the October and November program of the opera and art center. With a 10,000 square meter indoor space, 300 square meter stage, orchestra pit and 1,000 seat capacity, the Leyla Gencer Opera and Art Center, the only opera stage located on the European side of Istanbul, competes with international opera stages around the world.

On Oct. 22, pianist Şevki Karayel will perform an exclusive piano recital. The pianist will perform compositions by Bach, Beethoven, Schubert, Liszt and Gershwin. A graduate from Istanbul University State Conservatory in 1993, Karayel won the first title at the Young People Are Making Music competition, which was held in Cairo in 1994. He was also granted a special prize, which was given in the honor of Edwin Fischer, at the finale of the same competition in Germany. He won the competition held by the Istanbul State Symphonic Orchestra in 1998 and gave his first concert as a soloist with the orchestra. He also won the outstanding achievement award at the Junior Chamber International and the jury's special award at the International Bechstein Piano Competition in 2004. Karayel has performed around the world including in Germany, Italy, the Netherlands, Austria and Egypt.

On Oct. 23, Melihat Gürses, a prominent figure from classical Turkish music, will perform. Gürses continues her musical career at Istanbul Radio of Turkey's state-run broadcaster Turkish Radio and Television Institution (TRT). In her exclusive concert, Gürses will perform not only classical Turkish music, but also waltzes, tangos and canto. Studying singing at the Turkish Music State Conservatory of Istanbul Technical University, Gülses started to perform with the TRT Istanbul Radio Tango Orchestra in 1995. In 1996 she performed Turkish music in Greek in the concert Istanbul Türküleri - Rembetiko" (Istanbul Folk Music: Rembetiko) at an international music festival. As part of the same festival, she performed the work of Şevki Bey and Franz Schubert with French soprano Catherine Dubosc at the concert "Viyana'dan Istanbul's Şarkılar" (Songs from Vienna to Istanbul) at the Haghia Irene Museum. In 1998 she won the Traditional Music Encouragement Award from Mavi Nota Music Magazine.

The center will host "Cahide Sonku Musical" on Oct. 24. The play depicts the turbulent life story of Cahide Sonku, Turkey's first female film director and producer, as well as a leading actress in theaters and movies. Written by Gökhan Eraslan, the musical is directed by Kemal Başar. Nilüfer Açıkalın stars in the lead role. The play's music was composed by Orhan Enes Kuzu and the light design and landscaping was designed by Yüksel Aymaz. Costumes were designed by Canan Göknil.

On Oct. 28, Bakırköy Music Academy's Classical Turkish Music Choir and Orchestra will give a concert with a special repertoire on "Atatürk and Republic." Directed by Faruk Şalgar, the choir and orchestra will feature 120 members including musicians and singers from TRT Istanbul Radio and İTÜ State Conservatory and State Choir. The concert will present Mustafa Kemal Atatürk's favorite songs and compositions by early Republican-era composers.