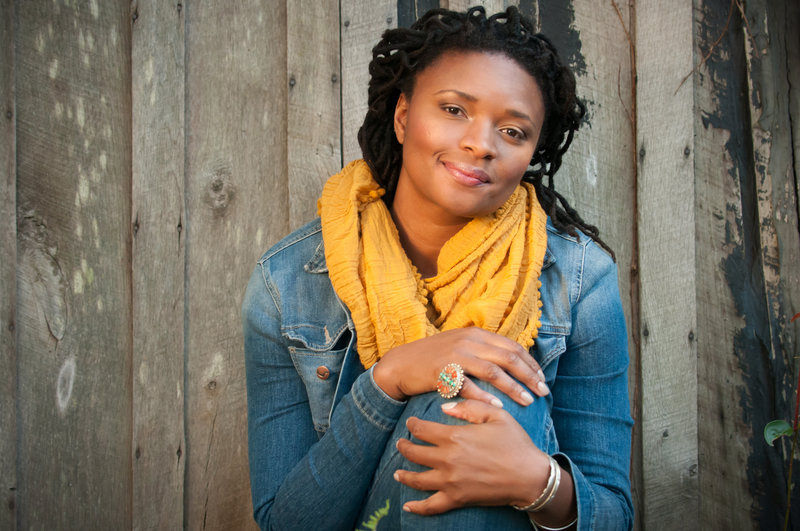 American singer and composer Lizz Wright, one of the most prominent stars in the jazz world since her debut album was released in 2003, will perform in one of the unforgettable concerts of Jazz State of the City on Oct. 25 at CRR Concert Hall

Lizz Wright was born in the United States in 1980 into a family connected to church music, which paved the way for her to sing gospel when she was a little child. She then learned how to play piano and grew interested in jazz and blues. She was also in her high school choir. In 2000 she joined the vocal quartet In the Spirit in 2000. Her first album, "Salt," was released in 2003, which placed her on the Billboard Top Contemporary Jazz chart in 2004. Her second album, "Dreaming Wide Awake," was released in June 2005 and raised her to the top of the Top Contemporary Jazz chart in 2005 and 2006. She then released "The Orchard" in 2008 and "Fellowship" in 2010, with most of the songs bearing features of gospel. Wright will perform in Istanbul as part of Akbank's Jazz State of the City on Oct. 25 at Cemal Reşit Rey Concert Hall.

Daily Sabah conducted an interview with Wright about her artistic journey.

Daily Sabah: What has changed in your life and in your perception of music after your first album was released?

Lizz Wright: I have come to learn over time that, regardless of the particular trends of the music industry, both our impact and resilience as artists still rely heavily on the health of our relationship with music itself and our relationship with the people. The people will grow with you if they come to love you and to feel that you can be steadfast in your commitment to work for your growth. They respect genuine passion. The rest of the work is a series of inspired adjustments and adaptations. This has been my experience, at least.

D.S: Although the starting points of jazz, gospel and blues are different, how would you evaluate them becoming more of an elite style nowadays?

Wright: I'm not certain that I understand the essence of this question. People are evolving and need to say new things with the languages of word and art that they've learned from the past. Progress and decline are both natural, like tidal patterns. Anything that has become evolved enough to be considered, "elite" may soon be intentionally deconstructed. This dance of seeking and reimagining balance is our humanity.

D.S: What are the mood differences between singing a song and creating a melody?

Wright: I sing the songs of other composers in order to study both construction and depths of emotion. I practice what I observe through my own effort to write. I work hard on both original material and covers so that I am being moved and communicating something clearly or with honesty.

D.S: As the top commentator of the tribute concerts of jazz divas such as Billie Holiday and Ella Fitzgerald, what do these two divas mean to you?

Wright: Billie Holiday and Ella Fitzgerald both delivered lyrics so that the words were the point of focus in their singing. Their singing styles, though starkly different, offered meaning and animation to the lyrics. They make the listener care about absolutely anything that comes out of their mouths. The story or feeling is compelling whether the subject is heavy with meaning or not. Such capabilities demonstrate a mastery of skills and indescribable magic.

D.S: How would you evaluate the situation of jazz in the world? That is to say, sometimes even in Jazz concerts, popular music or classical music artists are invited, rather than jazz musicians. Do you think that jazz music is rewarded enough?

Wright: Jazz is about freedom and the tradition is rich. It doesn't need to rely on popularity to carry on. There will always be ears and hearts for it, though the numbers of those interested may change. I think it's important that jazz music always offers both an educated recall of history and fresh risk-taking. These elements don't have to be present in equal portions, but present. I'm excited that there are musicians related to jazz who are writing original material these days, like Gregory Porter and Cecile McLorin Salvant.

D.S: If we talk about your albums, which album or songs impressed you more than the others? What's its story?

Wright: I will always hold a particular affection for "Salt," my first record. It came from a time of newness and uncertainty that was exciting. Somehow, its message is as reassuring today as it was 12 years ago.

D.S: How do you evaluate the music of the younger generation? Is there a special name for you or do you have any advice for the young generation?

Wright: I think it's important to write. Write words - poetry, essays, short stories and more. Read and speak with great writers as often as possible. Practice deep and critical observation. Live fully and in your truth so that you can have a rich life and imagination to pay attention to and speak from. Study the art and business of communication if you want to have an enduring career in music.

D.S: This is your first concert in Turkey, but you have a large fan base in Turkey. What do you know about the jazz or other music audiences in Turkey? Do you like a particular Turkish musician?

Wright: I have been studying percussion and also am a passionate cook, so I know more about the drums and food than contemporary music. Oddly, I am also a fan of Kangal dogs, because I used to live near a farm in North Carolina that uses only these beautiful Turkish dogs to manage and protect the farm. On a precious visit with a larger company of musicians I was able to visit a very old bathhouse and we sang songs there. The echoes were amazing! I'm excited to learn more about both the traditions and contemporary culture.

D.S: What are your existing and future projects?

Wright: I'm very excited to be exploring new music with my touring band. They are like one voice in my ears, so expressive and involved in the story of each song. We play as if we are a stage of artists, and I love this. There is structure and spontaneity. I hope you will enjoy it.

D.S: As an artist, how do you feel about war and hunger in the world?

Wright: Many realities leave me confused and sad, and hunger is one of them. I want to see people fed so that they can at least have the opportunity to be well enough to be present to the beauty of their lives. I want to help more to this end and to try to better understand how the fate of hunger has happened to people. There are usually both systematic problems of how society and economies are operated and there are also personal causes and unseen tragedies. We have a lot to learn. I think it's important to look at the people we are helping because a difference is possible when we really understand what's happening around the immediate issue of hunger.

D.S: What kinds of surprises are going to happen on the night of Oct. 25? Maybe you can give some clues?

Wright: You may want to dance and sing back to me. Know that I don't mind at all. Have a great time! That is the point.
RELATED TOPICS