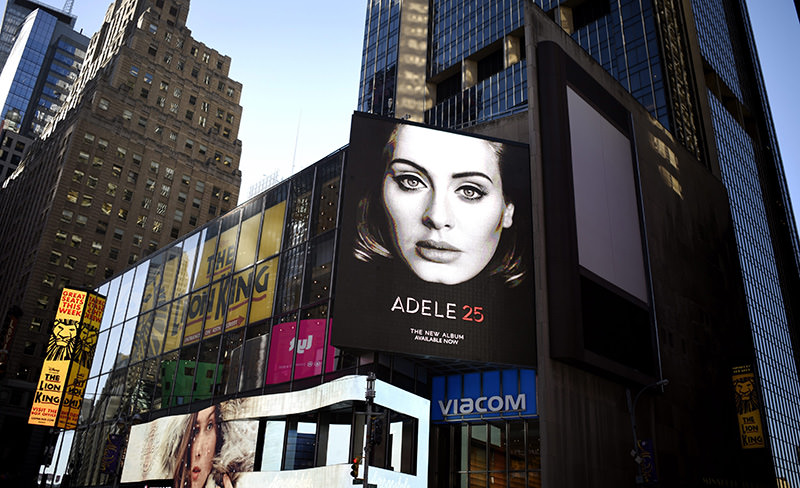 by Daily Sabah with Reuters Nov 23, 2015 12:00 am
British singer Adele's new album "25" has sold a record 2.3 million copies in the United States in the first three days of its release, Nielsen Music said on Monday.