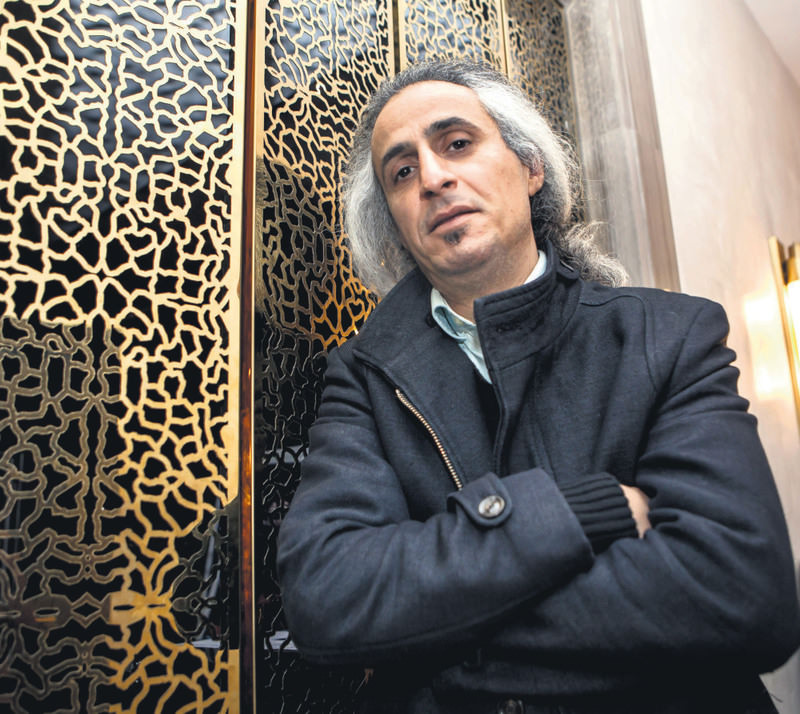 Known for his extraordinary voice and style blending traditional Iranian music with rock and jazz, Mohsen Namjoo will come to Turkey once again to perform in Ankara, Bursa, İzmir and Istanbul

Iranian musician Mohsen Namjoo, who blends classical and the past with the modern and present, will tour Turkey once again. The rebellious voice of Iran, Namjoo will perform his original music at concerts in Ankara, Bursa, İzmir and Istanbul. Regarded as "Iran's Bob Dylan," Namjoo will perform on Dec. 12 at Ankara Congresium, on Dec. 16 at Bursa BAOB, on Dec. 18 at İzmir Container Hall and on Dec. 19 at Volkswagen Arena in Istanbul.

The artist reaches out to young people by mingling rock and jazz with traditional Iranian music. Classical Iranian music also influences Namjoo's music, which is also inspired by Hafez, Shams-e Tabrizi and Rumi. His music is often melancholy. Namjoo created a large fan base with his songs "Nobahari," "Ey Sareban," "Shekveh," "Shirin Shirinam," "Shiveve Nooshin Laba," "Khan Baji" and "Yar Mara Ghar Mara." He makes very colorful music and uses his voice as an instrument thanks to his four octave vocal range. His style, which can be characterized as underground and alternative, creates a sometimes peaceful but sometimes energetic atmosphere. Namjoo's voice is powerful and sincere. It might be rough as well sometimes, but it is also as soft and free as it can be.

In his rendition of the song "Ey Sereban," Namjoo introduce the audience to the characteristic melancholy of Persian music and sings of the sorrow of a lost love with the magical melodies of Iranian music. He reminds his audience that there are good things in life and one has to move on. With the lyrics of his song, "Nobahari," specifically: "If I won't be here, I want to hide in the small pit on your cheek. I want to sleep, sleep for centuries. If you have to name it, I prefer to call it life instead of fairytale. I prefer to walk side-by-side," he encapsulates the feelings of love, longing and lachrymae.

Namjoo began giving special concerts in 2006. The same year he performed a solo show at the Tehran Hotspot of the International Rotterdam Festival. He managed to reach out to a larger audience following an interview with the Dutch press. He became an internationally renowned artist after he worked on the soundtrack of the documentary film "Sound of Silence." He released his album "Oy" in Italy in 2009 and covered his own songs as a part of a new project with Payam Entertainment titled "Namjoo in A Minor" in 2010.

He performed at the Walt Disney Concert Hall in Los Angeles as well as the Sony Center in Toronto as a part of the project. Known mostly for his songs "Nobahari" and "Ey Sareban" by Turkish audiences, he released "Useless Kisses" in 2011; "Alaki," which is of his live recordings at Stanford University, the following year, and his latest album, "Trust the Tangerine Peel," last May with Payam Entertainment. His album "Roo dast," on which Namjoo used the melody of Eric Clapton's "Layla," caused a stir in the music world.

Who is Mohsen Namjoo?

Born in the city of Torbet Jam in Khorasan Province, Iran in 1976, the artist, whose talent was discovered by Nasrollah Nasehpour at the age of 12, enrolled in the University of Tehran in 1994. During his studies he had the chance to work with Alireza Mashayekhi and Azin Movahed and he learned Iranian folk music from Haj Ghorbane Soleimani. As his use of Iranian music was not approved by the university, he was kicked out in his third year.