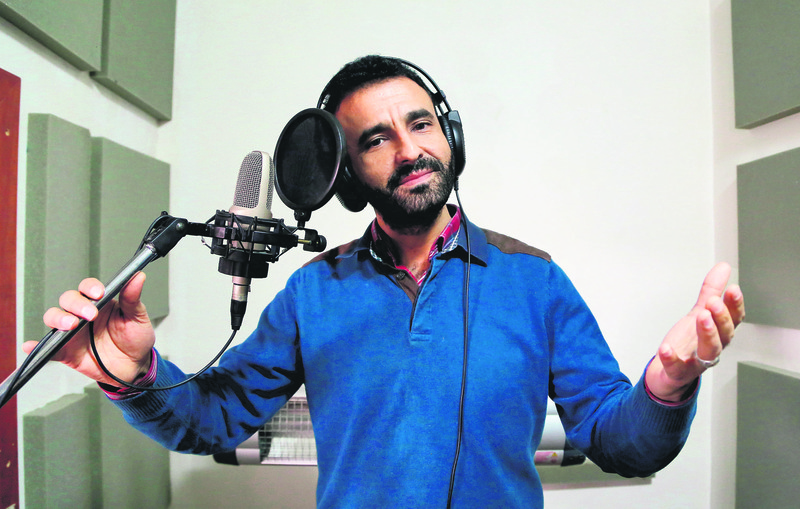 The Türkvizyon Song Contest, which welcomes contestants from Turkic language-speaking regions and who are of Turkic ethnicity, will take place for the third time in Istanbul on Dec. 17-19. The third Türkvizyon Song Contest is organized by Turkish Music Box Television. A total of 26 Turkic regions, which have either a large Turkic population or a widely spoken Turkic language, will participate in the contest. Moreover, Turkic ethnic groups who do not have a defined region or country are also included in the organization. Normally, the host for Türkvizyon 2015 would have been Turkmenistan's capital city of Ashgabat, but the host city was changed to Istanbul in August.

The show will take place at the Yahya Kemal Beyatlı Show Center, and the final will take place on Dec. 19. One of the contestants, Adil Şan, will represent Syrian Turkmens in this year's contest, and he wants to make the voice of Bayırbucak Turkmens heard in the international arena. Şan held a press conference at a music studio in Gaziantep where he is training for the song contest. He said Syrian Turkmens would be represented for the first time in this year's contest. "We will try to be the voice of Turkmen Mountain, Aleppo, Homs and Hama. It is not important for me to win the contest; the important thing is to create a union of Turkic nations," he said. He told members of the press that he wished that the Turkic world would unite not only around music but also around other areas. "If we unite, we will be more powerful," Şan added. The artist thanked the Turkish people and Turkish authorities for opening their arms to Turkmens since the first day of the civil war in Syria broke out. "Hopefully, we will make the voice of the Bayırbucak Turkmens heard. They give me this chance, and I will represent my people in the best way I can. I hope that the suffering of the people in the Turkmen Mountain region ends soon and peace triumphs in my country," he said.

The third Türkvizyon Song Contest will be broadcast live on more than 100 TV channels, including those in Turkey. The contest, which was first held in the province of Eskişehir, welcomes contestants from 30 countries and regions.
RELATED TOPICS