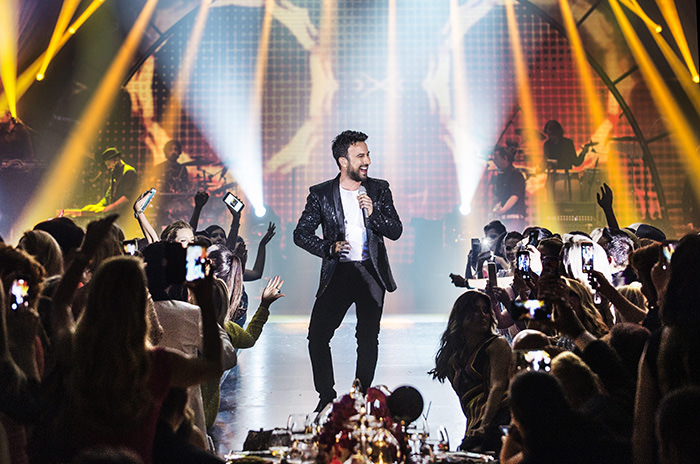 |File Photo
by Daily Sabah Dec 23, 2015 12:00 am
Turkey's prominent pop-star Tarkan has lost studio records for his long-awaited new album as the external hard-disk where he saved the work recently crashed, adding to the list of bad luck the star has been having in 2015.

Tarkan has consulted with three different companies which attempted to save the work on the disk but the results were negative, according to Turkish daily HaberTurk. Shocked with the negative outcome, the mega star has applied to police for help in saving his work, as they try to use more advanced systems for such incidents, the report added.. If unsuccessful, Tarkan will have to re-record the album in the studio. Tarkan responded to the news about the loss of recordings on Thursday saying that the recordings continue as planned. The new album will be Tarkan's first album in six years. It is planned to be released in January.

The star had already cancelled many events and concerts in the summer months due to rising terror events.