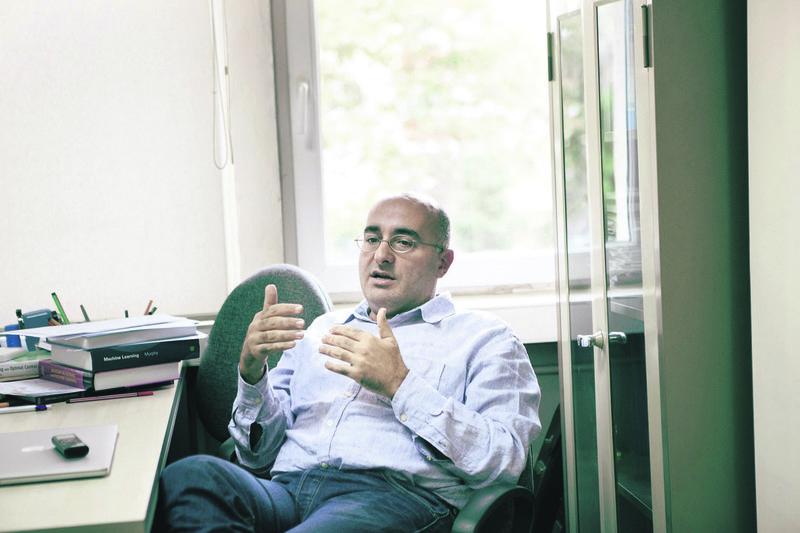 by Zeynep Esra İstanbullu Dec 24, 2015 12:00 am
Associate professor Ali Taylan Cemgil of Boğaziçi University, who conducts research on data mining and artificial learning methods, is also known for his musical studies. After completing his doctorate studies, Cemgil and his former students worked with researcher Andre Holzapfel to develop an application which automatically recognizes the melodic and rhythmic structure of Turkish Classical Music.

Cemgil created a methodology which studies "makams" and complicated rhythms of Turkish Classical Music. As a part of the Marie Curie Project, he designed the first draft for an application which can automatically determine the "makam" of a song. "We aimed with this application to inform the user about the 'makam' of the song. We can call this system 'Music Information Retrival,' " said Cemgil. The project, which Holzapfel and Cemgil worked together on from 2013 to 2015, contributed to the world of musicology studies by providing detailed information about Turkish music and "makams." Cemgil says thatnew methodology has been added to the worldwide data sets from Turkey as a result of their research.

"Our work generally focuses on methods, algorithm development and the examination of those algorithms. We developed a method which recognizes the relationship between the rhythms and melodies in Turkish Music. We based our study on mathematics. If you build your methodology on a concrete basis, you can use the same methodology to analyze other data," Cemgil said. The associate professor continues to perform as a professional jazz musician, and noted that he and his colleagues will continue to study how computers perceive music, how they convert musical sounds to actual notes and how computers automatically detect and display musical terms, such as tempo.
RELATED TOPICS