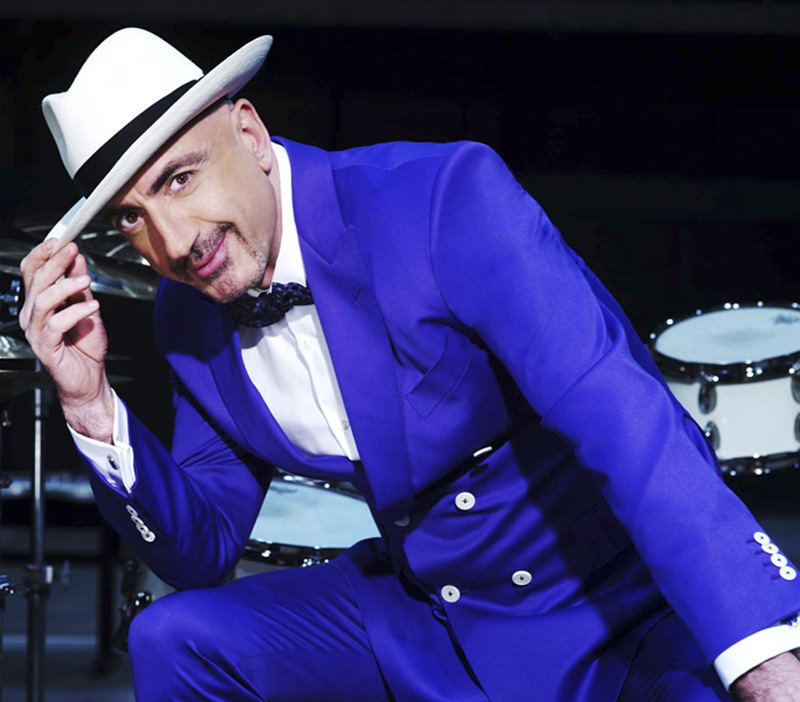 by Daily Sabah Feb 24, 2016 12:00 am
The team behind the song by Turkish singer Serhat Hacıpaşalıoğlu who will represent San Marino at the 61st Eurovision Song Contest in Stockholm, has been announced, and the artist appeared before the cameras with the Turkish, Greek, Italian, French and Belgian musicians who helped him record the song.

The composer of Hacıpaşalıoğlu's song is one of the most important musicians in Turkey, Olcayto Ahmet Tuğsuz. The composer, who previously collaborated with Hacıpaşalıoğlu on his internationally number one singles "Total Disguise," "Je M'Adore" and "Chocolate Flavor," will once again share the stage with Hacıpaşalıoğlu and represent San Marino during the most prestigious music event in Europe. "I could not think of anybody else but Tuğsuz, with whom I kicked off my international music career," said Hacıpaşalıoğlu at a press conference. He also said that they are "very proud" that two Turkish men will be featured at the Eurovision Song Contest and he is "very confident" that he will succeed in the song contest, which he will compete in on behalf of San Marino.

The lyrics of Hacıosmanoğlu's song belong to Greek songwriter, and an integral part of Tuğsuz's team, Nektarios Tirakis. The Italian version of the song is produced by Mariella Nava, who is known for her work with Andrea Bocelli, Mina and Dionne Warwick, and the French version is produced by Stephane La Porte who previously worked with Patricia Kaas. The song is arranged by French composer Cyril Orcel, and African artist Guy Waku. The song, which was recorded in Brussels, will be promoted to the public in March. Moreover, a video will be shot in Paris for Hacıpaşalıoğlu's Eurovision Song.
RELATED TOPICS