The Prince of Flamenco brings Latin fever to Istanbul 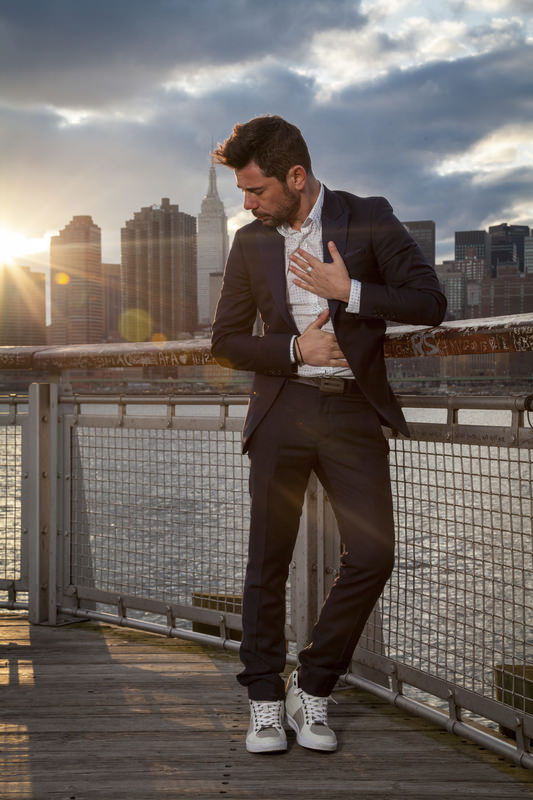 Nominated for ‘Best Flamenco Album of the Year' at the Latin Grammy Awards and composer of golden and platinum records throughout his career, the Prince of Flamenco, Miguel Poveda, will take the stage in Istanbul for the first time at İş Sanat on Feb. 26

İş Sanat's first guest for the World Music Series, the Prince Charming of Flamenco Miguel Poveda will perform at İş Sanat's Performance Hall on Feb. 26 at 8:30 p.m. Born and raised in Barcelona, Spain, Poveda began singing and dancing while accompanying his sister Sonia Poveda to Flamenco clubs in Catalonia at the age of 15. After winning the grand prize at the Festival Nacional del Cante de las Minas, Poveda made a breakthrough in his career, becoming widely recognized for his role in the Bigas Lunas film, "La Teta y la Luna," and for his debut album "Viento Del Este." The artist has collaborated with Flamenco giants such as Enrique Morente, Carmen Linares, Paco de Lucia, Eva Yerbabuena and Tomatito, performing on prestigious stages including Carnegie Hall, Lincoln Center and the Wiener Konserthaus. Daily Sabah sat down with the artist to learn more about his passion for music, the essence of flamenco music, his career, personal inspirations and more.

DAILY SABAH: You started singing Flamenco when you were 15 years old. How did this journey begin?

MIGUEL POVEDA: I was raised in a musical family. When we were young, my sister and I used to go and watch my aunt and cousin perform in small bars in Badalona where they sang flamenco. Of our entire family, only Sonia and I devoted ourselves to Flamenco professionally.

D.S: Did you ever dream of having an international career?

POVEDA: My passion was music and you can't make music if you don't have any dreams. I would always dream of an international career. Now it has become a reality and I feel that I have managed to turn my greatest passion into reality; making music.

D.S: You have been honored with plenty of awards and nominated twice for Latin Grammys in the category of Best Flamenco Album. How would you describe the secret of your success?

Flamenco is a music genre that catches the soul of listeners quickly. Flamenco is very passionate, deep and emotional. I try to show my feelings on stage, and my inspirations about life. I guess to be real during a performance is very important. That's one of the keys to being successful.

D.S: Is it difficult to express the soul of flamenco to audiences who don't speak or understand Spanish?

I think music is an international language. We share feelings and life experiences with the audience. Music takes us away and we follow it. For example, I don't understand any of the words in a lot of the music I listen to but it still touches my soul deeply. That's not about language, but about the feelings. That is why music brings people together.

D.S: You have shared the same stage with Flamenco legends such as Paco de Lucia, Enrique Morente, Carmen Linares, Eva Yerbabuena and Tomatito. You have done various collaborative projects, like your duet with Mariza. Will you continue to record these kinds of projects?

Yes, I love to sing with other singers. These sort of experiences are so magical. I learn a lot and discover new, tempting inspiration for my musical career. Mariza has one of the best voices in the world and I am a great fan of her voice and musical style. I am singing Flamenco right now but in the future I will consider broadening my repertoire and exploring different styles. Flamenco is in my soul and I'm trying to introduce flamenco to a younger audience.

D.S: You took part in many projects as an actor and singer in film, receiving a lot of attention for your songs featured on the soundtrack to Pedro Almadovar's "Broken Embraces." How does the film industry influence your musical career?

Being in a film as an actor or singer provides me with a new experience. We reach a wide audience through film and I love the magic of the cinema. I recently recorded a new song for Raul Arevalo's film, "Bambino."

D.S: What do you know about Turkish Music? Are there any Turkish singers that you have listened to before?

Flamenco is greatly influenced by oriental and Andalusian music. So, I don't know a lot about Turkish music. I would like to discover more when I come to Istanbul for my debut performance.

D.S: What would you like to say to your Turkish fans? What kind of repertoire should we expect to hear at your concert?

I have prepared an unforgettable night for my audience, with a wide range of music from my repertoire; ranging from poems to Classical Flamenco - featuring the best recordings of my career - during my debut concert at the İş Sanat Concert Hall on Feb. 26. I hope you will all enjoy the evening with me.
RELATED TOPICS