Storm Large is coming to Istanbul in first solo concert 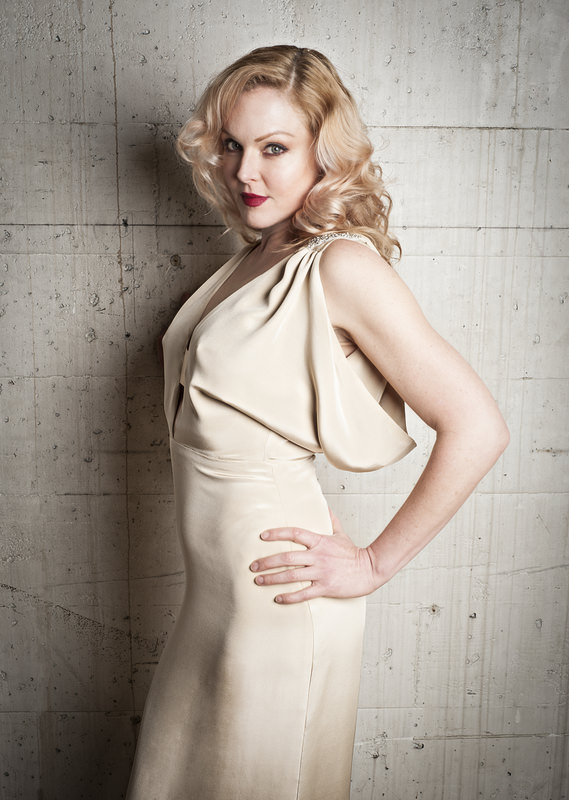 Admired by Turkish audiences for her sincerity and warmth on stage with Pink Martini, Storm Large now prepares for her debut solo concert featuring the artist's unique style at İş Sanat's performance hall

As a musician, actor, playwright and author, Storm Large gained national prominence in 2006 as a finalist on the CBS show, "Rock Star: Supernova." Even though she was eliminated from the competition one week before the finale, Storm built a fan base that still follows her around the world. Back in the 1990s, the artist sang in various clubs across San Francisco and later went on to make her debut as a guest vocalist with the band Pink Martini in April 2011, singing four sold-out concerts with the National Symphony Orchestra at the Kennedy Center in Washington, D.C. She continues to perform with the band, touring nationally and internationally as well as being featured on Pink Martini's album, "Get Happy." She has performed with Grammy-award winning K.D. Lang, pianist Kirill Gerstein, punk rocker John Doe, singer and songwriter Rufus Wainwright and Rock and Roll Hall of Fame's George Clinton.

Storm Large will perform in Istanbul as part of her world tour for the album, "La Bonheur." She spoke to Daily Sabah about her life story as well as her music.

Daily Sabah: How did you dream your career would be when you started singing at clubs in San Francisco in the 90's?

Storm Large: When I started my music career, I had no idea I would be as busy as I am 24 years later. Back then, my dream was to be good enough to make a living; nowadays, my dream is the same, plus I want to make people happy.

D.S: How would you describe your experience in the '"Rock Star Supernova" competition? Do you think it is risky for a singer to enter music competitions to further their career?

Large: "Rock Star: Supernova" was a wild and crazy experience, I loved it. Yes, I suppose it's risky to enter a televised singing competition. Risky only in the sense that you will suddenly be famous in a way you can't really achieve playing in clubs. TV famous is weird because they only know you for what is shown, whereas putting out records and touring, people get to know you as a musician. I was lucky in the sense that I had already been a musician for 10 plus years beforehand, toured and had fans already.

: China, Thomas and I were all friends before they asked me to join the band. China had sung with my band and I had performed with Thomas several times. It was hard to sing with them because I didn't know any of their music! I had to learn 10 songs in five different languages in four days before my first shows with them. Terrifying. China and I get along great! I love singing with her, (those are some of my favorite Pink Martini gigs). I don't compete with China, why would I? We are so different in every way, it would be silly to try. Many people assume that women are always competing, women singers, especially. That might be true in some cases, but not with China and I.

D.S: Your autobiographical musical, "Crazy Enough: A Memoir" gained widespread attention and was sold out in weeks. How does it feel to tell the story of your own life at this age? What do you think people loved most about Storm Large's life?

Large: I think people loved to hear that I am only human. Frail, lonely and flawed. People look at performers like we are unicorns; magical and glamorous. So, when I sit down in front of hundreds of strangers every night, telling them how scared and how sad I was, showing them that even someone they think of as a "rock star" is just a broken-hearted girl trying to be a better person every day, itmade the audience feel like they weren't so alone in having those feelings too.

D.S: Your solo album is named as "Le Bonheur;" in other words, happiness. How did you choose your repertoire? Are you more of a "happy song" woman?

I'm definitely not a happy song woman. The Happiness is what music has given to me and happiness is how I want to serve others. Joy and hope, surviving painful times in life, getting through and finding the grace to believe in love again... That's what I hope to always do. I chose the repertoire out of songs I love the most. Some are painful, some are hopeful or angry.

D.S: You are mostly known as a singer but you also express yourself as an actress, screenwriter and writer. In what field do you express yourself in the best way? Besides music, are there any other projects you have been working on these days?

I'm working on a play about Chicago right now but I feel like my best form of expression is singing.

D.S: You gave many concerts with Pink Martini prior to visiting Turkey. However, you will perform solo this time. How do you feel about this?

I'm always so happy to be in Istanbul. Istanbul is one of the most magical places on earth. There has been quite a bit of suffering in your part of the world lately, I pray, hopefully, I can bring a little joy to you.

D.S: You performed "Katibim" in Turkish on the stage and also a duet of a song "Aşkım Bahardı" with Belkıs Özener. Do you have any surprise in store for this concert?

Large: If I told you, it wouldn't be a surprise, now would it?

D.S: What kind of repertoire should we expect on March 20? What message you would like to pass to your Turkish audience and fans?