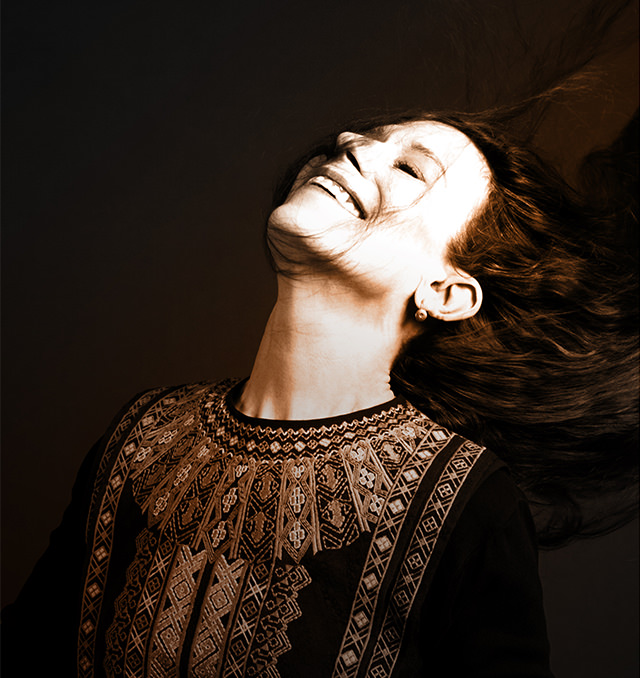 by Daily Sabah Apr 02, 2016 12:00 am
Renowned as one of the best musicians of all time, American composer, vocalist, director and film producer Meredith Monk will take the stage at Zorlu PSM within the framework of the "Garanti Jazz Green" concert series.

Seventy-two-year-old Meredith Monk has recently been crowned for her successful musical career of over 50 years with the highest honor in the field of art in America. The recipient of the National Medal of Arts award presented by U.S. President Barack Obama, Monk will now perform at the Zorlu Performing Arts Center. Monk has completed interdisciplinary works in music, theater and dance since 1960, and mostly released her albums via ECM Records label. In honor of Meredith Monk celebrating her 40th anniversary in 2005, various concerts were organized around the world by famous musicians at Carnegie Hall featuring Björk, Terry Riley, DJ Spooky, Ursula Oppens, Bruce Brubaker, John Zorn, Alarm Will Sound, Bang on a Can and the Pacific Mozart Ensemble.

Since the 1960s, Meredith Monk has created numerous works in music, theater, cinema and opera, as well as inspired young emerging artists. She has worked tirelessly throughout her career to improve vocal techniques, becoming one of the most prominent names in the field. It is common knowledge that coming from a family full of artists; namely, her grandmother, grandfather and mother, has contributed greatly to her successful art career. Monk has won 30 awards, released 15 albums, directed and wrote four cinema films and composed two symphonies and an opera.
RELATED TOPICS