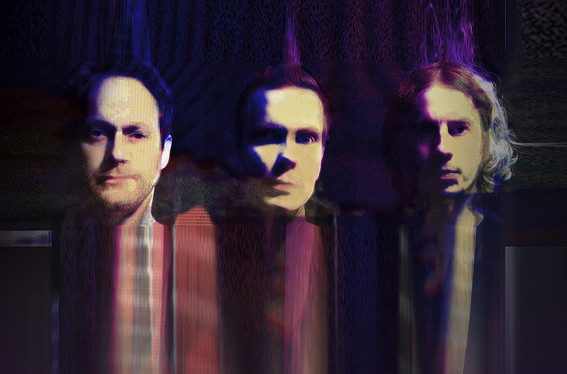 by Zeynep Esra İstanbullu Apr 15, 2016 12:00 am
Icelandic post-rock band Sigur Ros will give one of their acclaimed live performances on June 11 in the huge 1,750 square-meter Zorlu Performing Arts Center stage. Named after well-known vocalist Jonsi Birgisson's sister Sigurros Elin, Sigur Ros visits Turkey just after their performance at the Primavera Festival, as a part of their world tour.

The Iceland-based band kicked off their musical saga in 1994, becoming a legend with their one-of-a-kind musical sound and the flawless falsetto vocals of Birgisson, causing a stir in the world music scene. With the release of their debut studio album "Von" in 1997, Sigur Ros officially stepped into the music industry. Their second album, which also brought them worldwide recognition, "Agetis byrjun," was released two years later in 1999 and brought international acclaim. In 2002, their third studio album hit the shelves: Unlike any of the other albums on the market, it featured no track names and all lyrics were written in Vonlenska, also known as Hopelandic, a language made up by the band that has no grammar, meaning or words. However, many music critics call this album one of the most important albums in music history.

In the following years, they released their fourth studio album "Takk...," a more rock-oriented album with a distinctive guitar sound, that introduced their first song in English: "All Allright." The album in which Sigur Ros had the chance to work with renowned producer Flood was the only record on which the band got close to a more pop sound. With their eighth and latest album "Kveikur," the Icelandic band brought their post-rock, ambient dream pop to its height.

Apart from their critically hailed albums, Sigur Ros is also a very popular band for TV and film soundtracks. Their songs were featured in movies and TV shows such as "Vanilla Sky," "24," "CSI," "The Life Aquatic with Steve Zissou," "Skins," "Children of Men," "Slumdog Millionaire" and "127 Hours." Sigur Ros also played a cameo in the iconic TV show "Game of Thrones" and appeared in one of the most important animation series of all time, "The Simpsons," where they performed the famous opening theme of the show.

The Icelandic band, which is as famous for their live performances as they are for their albums, invite Istanbulites to an unforgettable musical feast at Zorlu Performing Arts Center.
RELATED TOPICS