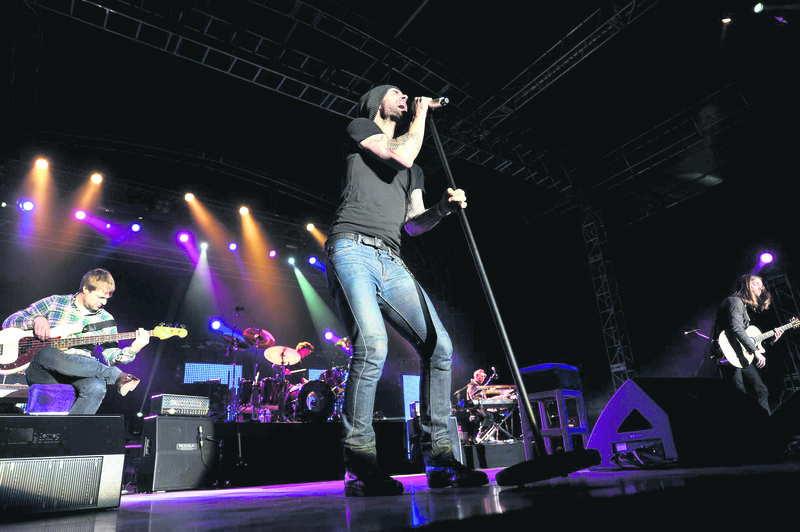 The concert marathon will kick off with Maroon 5 on May 5, followed by musicians and bands including Deep Purple, the Scorpions, Muse, Sting, Sean Paul, Simply Red, Jose Carreras, UB40 and Status Quo.

As well as being a giant botanical park with a theme "Flowers and Children," EXPO 2016 Antalya will make great contributions to Antalya's promotion with different events. The EXPO exhibition area, which will stay open for six months, will host world-famous rock, pop and classical musicians.

The concert marathon will kick off with Maroon 5 on May 5, followed by musicians and bands including Deep Purple, the Scorpions, Muse, Sting, Sean Paul, Simply Red, Jose Carreras, UB40 and Status Quo.

In addition, famous Turkish musicians such as Tarkan, Nilüfer, Sertap Erener, Athena, Murat Boz and Kenan Doğulu will perform, and international entertainers such as Magicians Without Limits, Phoenix Fire Dancers and Stomp will also perform.

April 23 to be celebrated

Officially opening with the theme: "Flowers and Children" on April 22, the EXPO 2016 expedition area will host visitors on April 23, National Sovereignty and Children's Day. Turkish Stars will give a show at 2:30 p.m. followed by Sertap Erener's concert in the evening.

Children can celebrate the day with dozens of activities at the Science and Technology Center for Children and have fun with the special shows at the small amphitheater.

The Children's Island at EXPO 2016 Antalya will enable children to watch the cosmos, the world's formation and the changing of the seasons with a "Video Mapping" application.

With a nearly 100-meter diameter, the Children's Island was built on 8,000 square meters and is capped with an 80-meter diameter dome covered with a world map.

Famous bands, artists and athletes planted trees in EXPO 2016 Antalya's Celebrities Forest. One of the celebrities who planted her own tree in the Celebrities Forest is state artist and famous pianist Gülsin Onay, who has also performed in 50 countries around the world. Trees were planted in the commemoration of late Kemal Sunal and Barış Manço as well.

Starting its journey with the goal to welcome 8 million visitors, including 5 million foreigners, EXPO 2016 will introduce Turkey's horticulture in its thematic gardens.

In addition to the gardens of 52 countries, Turkey's thematic gardens that were established by several municipalities will also be presented, which will be a great opportunity to introduce Turkey's horticulture to the world.

From Hatay to Malatya

Turkey's thematic gardens were established to be compatible with the "Green Cities" sub-theme. Alongside the metropolitan municipalities of Istanbul, Ankara, Antalya, Konya and Hatay, Battalgazi Municipality from Malatya and 10 municipalities from Antalya's districts will introduce their cultural, historical and natural beauty in their gardens.

Miniatures of the landmarks

In the Antalya garden, which was inspired by its historical Old Town houses, exact miniatures of important historical structures in Turkey will be on display. Inside the 3,500-square-meter Istanbul garden, Istanbul's landmarks such as Galata Tower, Maiden's Tower, Bosporus Bridge and Hagia Sophia can be visited. In the Ankara garden, a copy of ANKARAPARK was constructed in conjunction with the "Flowers and Children" theme of the exhibition.
Last Update: Apr 25, 2016 1:52 pm
RELATED TOPICS