Maroon 5 to perform at Antalya Expo 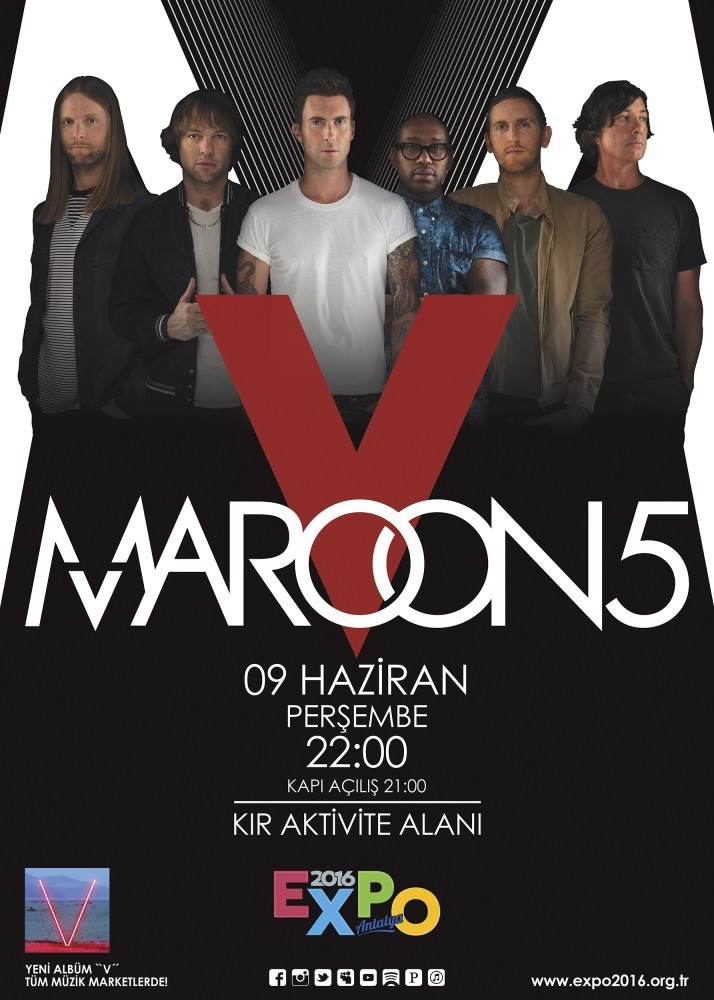 by Zeynep Esra İstanbullu May 20, 2016 12:00 am
World-renowned American rock band Maroon 5 will perform in Antalya as a part of EXPO 2016, the first EXPO that Turkey has ever held.

The Grammy-winning band will take the stage at the Kır Activity Area on June 9. Known for their hits "Sunday Morning" and "Moves Like Jagger," the Los Angeles-based band won the Grammy for "Best Artist" in 2005. In the last 10 years, Maroon 5 has sold more than 17 million albums worldwide and their albums have won gold and platinum records in more than 35 different countries.

The band, which has made over $50 million through their world tours, caused a stir with their music video for "Sugar," which got 1 billion hits on YouTube. Maroon 5 is composed of Adam Levine on vocals, James Valentine and Jesse Carmichael on guitar, Michael Madden on bass guitar and Matt Flynn on drums.
RELATED TOPICS