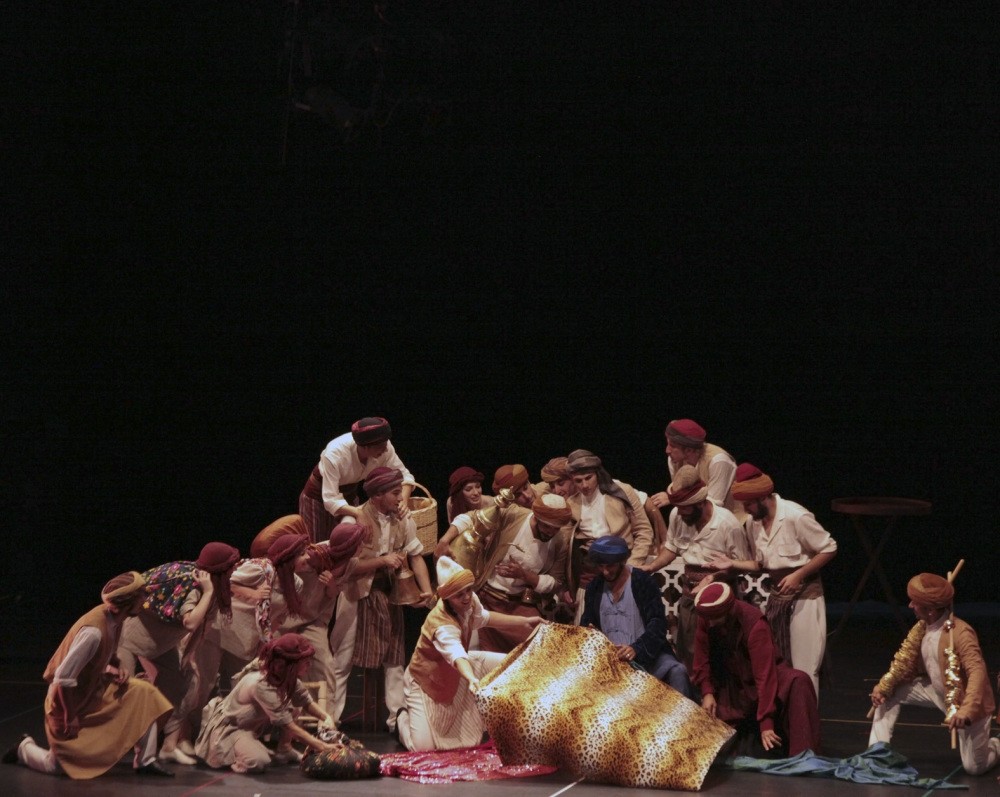 by Zeynep Esra İstanbullu Jun 01, 2016 12:00 am
The "Çelebi Musical," depicting the life of one of the most important Ottoman travelers of the 17th century, Evliya Çelebi, was staged for the first time at EXPO 2016 in Antalya. The musical received a great reception for its set design, costumes and music, and will be performed three times a day at the Turkcell Large Amphitheater throughout June.

The musical was produced by Pera Event and Beyhan Murphy is the stage manager and choreographer. The musical's score was composed by İbrahim Özmen, Ayşegül Alev is the costume designer and Bedia Ceylan Güzelce wrote the musical.

The musical is set at Topkapı Palace in Istanbul, the Enderun School and the kitchen from the eyes of Çelebi, the author of the famous travelogue "Seyahatname" (Book of Travel). The yogurt sellers, jewelers and syrup sellers, who have striking period costumes, depict how important being a tradesman was then.

Çelebi came across different people and dances as he roamed the Ottoman Empire. The 45-minute musical offers audiences the chance to view the cultural, clothing, eating and drinking habits, daily life and types of entertainment in 17th century Anatolia, mostly based on Çelebi's travelogue.