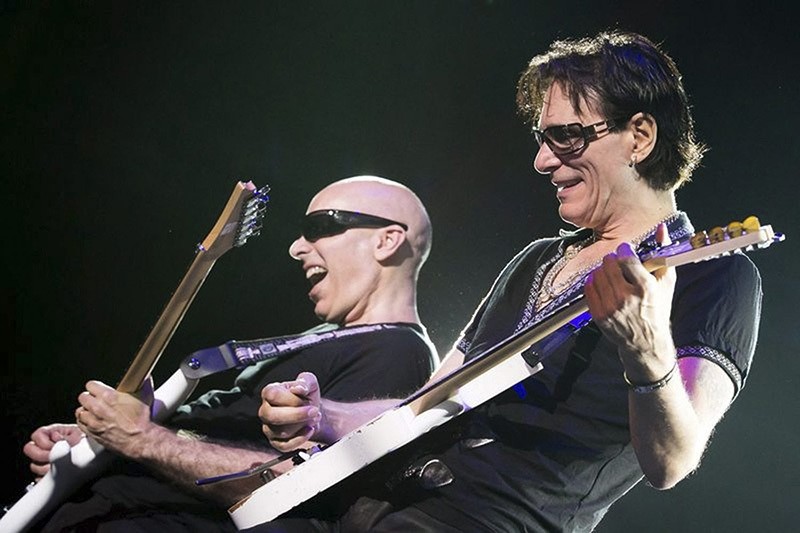 The three-time Grammy award winner Steve Vai will give a concert at the Zorlu Center in Istanbul on August 3.

Vai is an American musician, composer, and producer. His most important album is "Passion and Warfare", which was released in 1990. The album is considered as one of the best instrumental albums of all times. To commemorate the 25th anniversary of his landmark album, Vai has launched a special tour, which begins in Quebec and continues in Europe.

Throughout his career, Vai worked with different styles of music ranging from instrumental rock to heavy metal. Through his innovative techniques, Vai has been a source of inspiration for coming generations since 1980s.

According to the Guitar World magazine, Vai was voted as one of the top 10 guitarists to have lived. On the other hand, he is cited by many other magazines and websites to be one of the best. Vai's name is often found on lists of top musicians such Ozzy Osbourne, Alcatrazz, David Lee Roth and Whitesnake, Mary J. Blige, M83, Travis Barker, Zakk Wylde, and many more.

The Eti Archeology Museum in Eskişehir will host an exhibition from June 23 to September 23 of photographs taken by a Dutch archeologist during excavations between 1937 and 1958 to unearth Phrygians ruins.

The exhibition, "Journey to Phrygian Valley," which is supported by the Consulate General of the Netherlands, will also open at the Allard Pierson Museum in Amsterdam simultaneously.

The inauguration of the exhibition will take place at the Eti Archeology Museum on June 23 and the ceremony will be overseen by Dutch Consul-General Kees Cornelis Van Rij.

The 23th edition of the Istanbul Jazz Festival will bring more than 200 local and international jazz musicians and have more than 50 live performances.

The Syrian National Orchestra, which had to flee their homeland along with conductor Issam Rafea, will salute Syrian culture and music as a part of the African Express project, which is produced by Damon Albarn, Lil' Silva, Brian Eno and Ghostpoet.

During the concert in Istanbul, the front man of the British band Blur and the mastermind behind the revolutionary band Gorillaz, Damon Albarn, will accompany the orchestra on stage. If you do not want to miss this special performance, which is coming to Istanbul after Southbank Centre and Glastonbury, you should mark the date on your calendar.