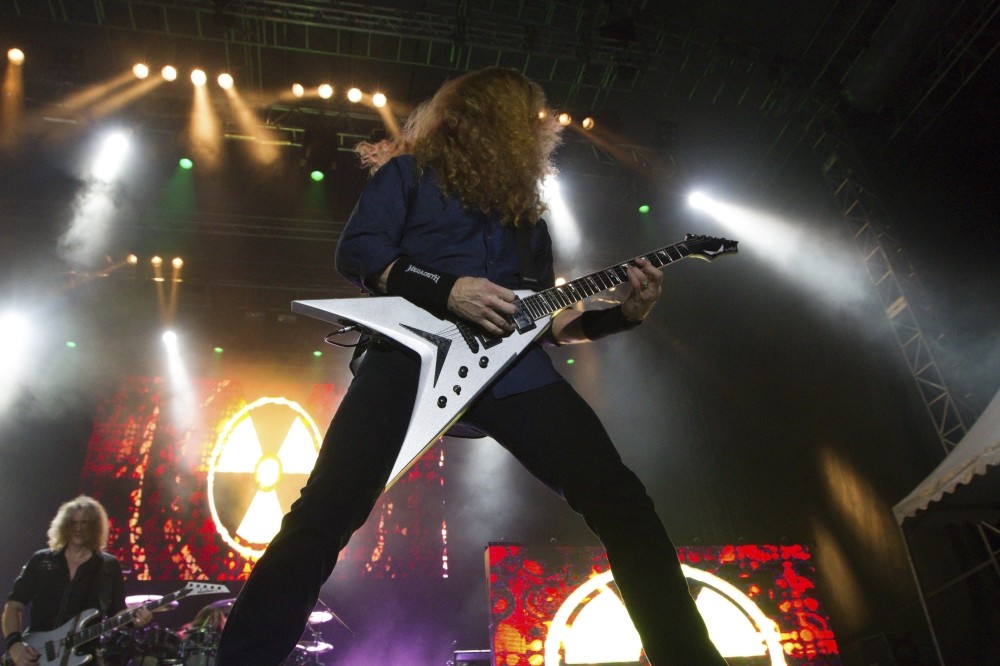 by Anadolu Agency Jul 08, 2016 12:00 am
The veteran thrash metal band Megadeth will headline Istanbul's Rock Off festival on July 10. Megadeth will take the stage at Istanbul's Parkorman a year after their performance at last year's Rock Off.

The American heavy metal band was founded by lead guitarist and singer Dave Mustaine and bassist David Ellefson in 1983 in Los Angeles. Many consider them responsible for the popularization and development of thrash metal. The band has released 14 albums and sold almost 50 million records around the world.