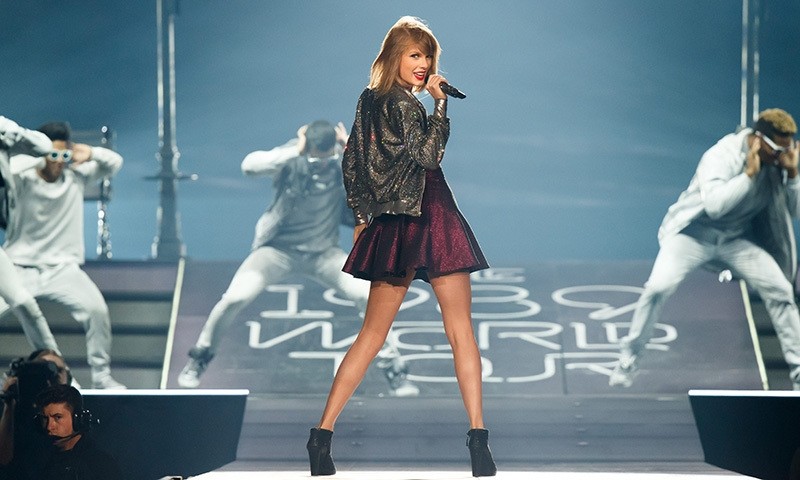 The singer-songwriter tops Forbes' annual list of the 100 highest-paid celebrities with $170 million.

Swift's DJ ex-boyfriend Calvin Harris landed at No. 21 on the magazine's list with $63 million.

Other top 10 earners included boy band One Direction at No. 2 with $110 million, actor-comedian Kevin Hart at No. 6 with $87.5 million and self-proclaimed "king of media" Howard Stern at No. 7 with $85 million.

Kim Kardashian is featured on the magazine's cover. She's No. 42 with $51 million.