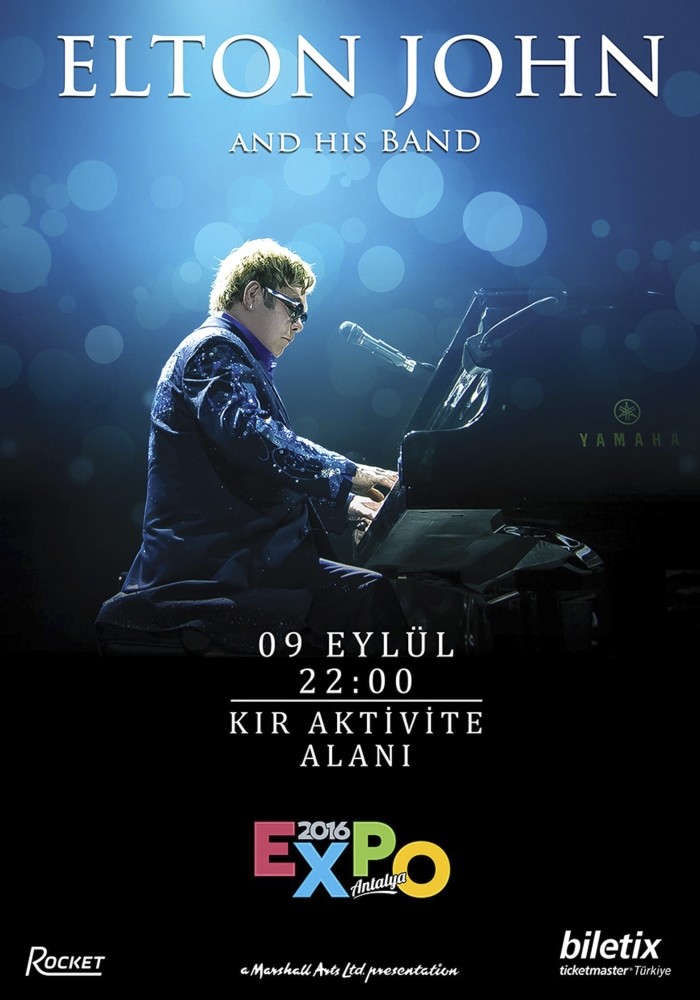 by Aug 18, 2016 12:00 am
World-renowned British musician Sir Elton John will perform at EXPO 2016 Antalya on Sept. 9. He sent a letter to EXPO 2016 Antalya Agency in which he stressed that the failed coup attempt aimed to disturb the democratic and independent atmosphere in Turkey and he is happy to perform in Antalya.

Having opened its doors with the motto "A Green World for Future Generations" under the auspices of the presidency in April, EXPO 2016 Antalya continues to promote peace and brotherhood. While many world-renowned artists canceled their shows in Turkey, John sent a letter to the organizers of EXPO Antalya via e-mail, saying that he will come and perform as previously scheduled. Considered one of the greatest musicians of his time, John has sold more than 250 million albums since the 1970s.

In his letter, the veteran musician said that he knows the country well thanks to his previous concerts in Turkey and characterized the failed coup attempt that took place on July 15 as a "headache." Asserting that the failed coup attempt would not overshadow the beauty of Turkey, John said it will be his pleasure to perform at EXPO 2016 on Sept. 9 in Antalya.
RELATED TOPICS