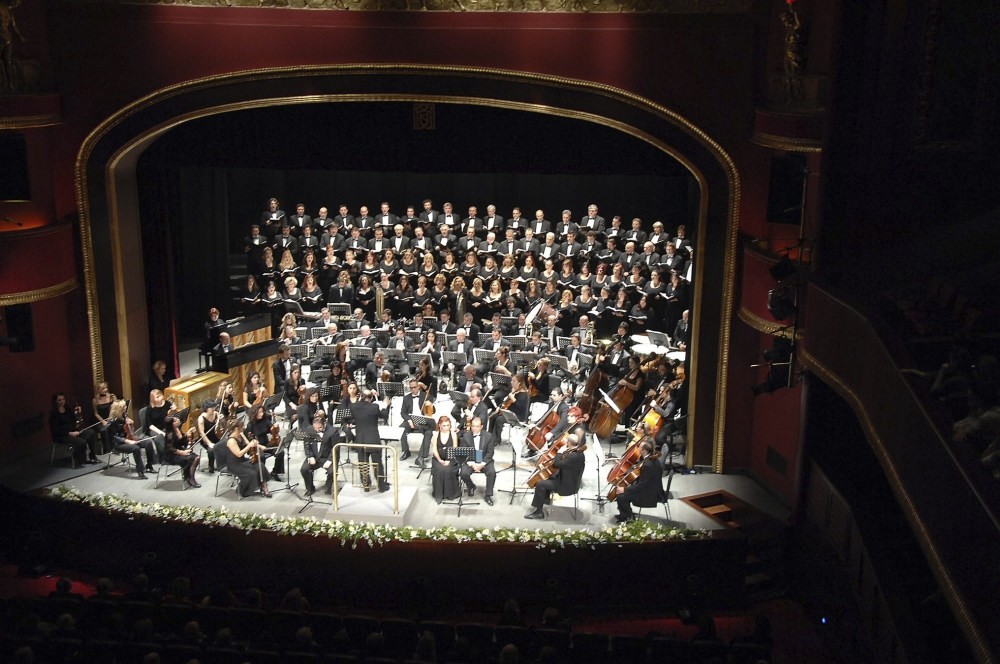 by Anadolu Agency Sep 06, 2016 12:00 am
Kadıköy Municipality's Süreyya Opera House (KBSO) will unite Istanbulites with various activities in the coming season, from ballet to opera, as well as concerts and musical plays for children.

Opening its doors in 2007 with "Yunus Emre Oratorio" staged by the Istanbul State Opera and Ballet (İDOB) under the baton of Rengin Gökmen, KBSO has completed its arrangements for its 10th art season with various plays that will be staged for the first time in Istanbul.

Among the opera house's shows are the "Ernani" opera composed by Giuseppe Verdi, based on the play "Hernini" by Victor Hugo, Offenbach's famous "La Belle Helena" opera, Stravinsky's "The Rake's Progress" and "The Rite of Spring: Firebird," and Tchaikovsky's "Sleeping Beauty."

As well as many previously staged opera and ballet representations, opera orchestras, concerts and musical plays for children, the "Opera and Ballet Costumes" exhibition prepared in collaboration with KBSO and İDOB will also be performed for the enjoyment of art lovers at the opera house.

Apart from the "Foyer Concerts," and "Opera is a Feast" events, which will be rendered in the evening on front of important musical figures, there will be an International Music Festival where concerts will be organized in June 2017 by the Istanbul Culture and Arts Foundation (İKSV), and these will be a part of KBSO's program in the new season, which will kick off with the "Borodin Quartet" concert on Oct. 3.
RELATED TOPICS