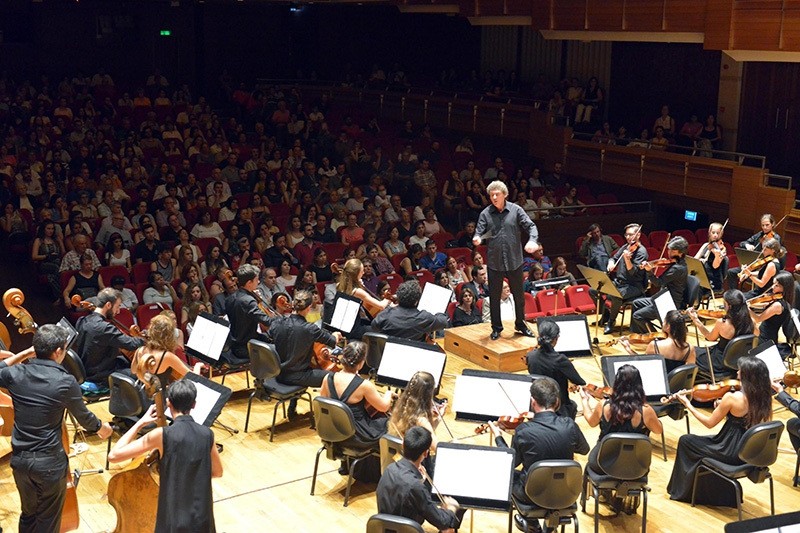 The Greek-Turkish Youth Orchestra has brought two nations together with music performed in the Aegean province of Izmir.

Meeting with Konialidis before the concert, Chairman Demirtaş pointed out that both nations had worked hard to establish a friendship. "For 24 years we kept saying that the only thing that should separate us is the Aegean Sea. We are working hard to establish a strong friendship and we will keep working to improve our friendship, cultural and economic relations" he said.

He noted that the trade volume between Turkey and Greece has increased from $200 million in 1992 to $6 billion in recent days.

Konialidis said, "Music needs no language and brings people together. This orchestra aims to bond musicians from different nations, cultures and languages. The journey we started nine years ago is continuing with increasing support and interest."