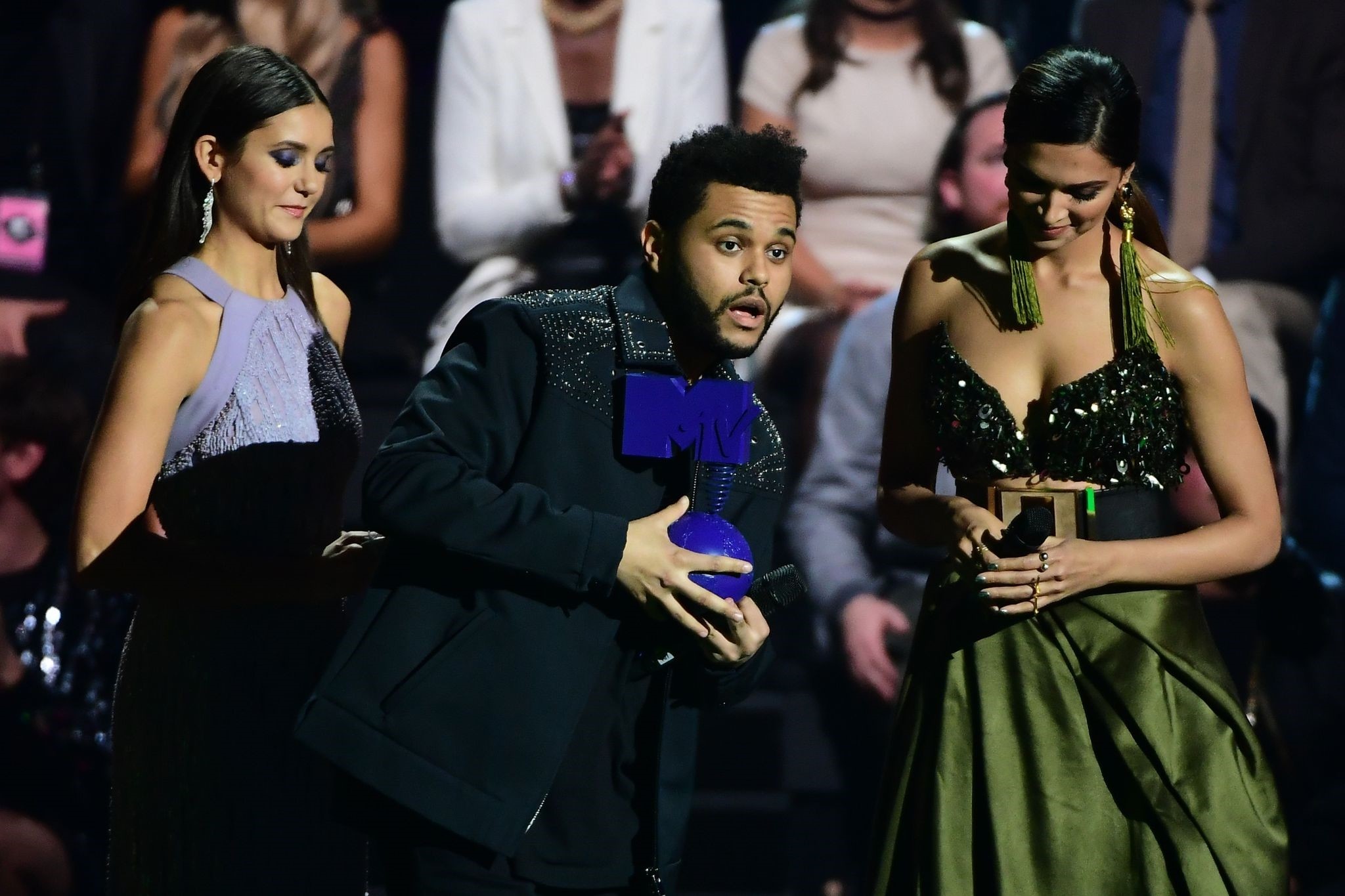 In the high-energy show in the Dutch port of Rotterdam, the chart-topping Canadian singer's legendary army of fans dubbed "Beliebers" helped him slay Gaga's "monsters" to see him win three awards including for Biggest Fans.

Bieber also managed to beat off competition from Adele's "Hello" to win Best Song for his hit "Sorry" and he pocketed the Best Canadian act as well.

Neither Bieber or Lady Gaga were in Rotterdam to receive their awards.

And in a surprise Beyonce -- who like Bieber had been nominated in five categories and had dominated MTV's signature Video Music Awards in New York in August -- was denied a share of the honours.

The award for Best Video went to fast-rising Canadian R&B sensation The Weeknd for his "Starboy" beating Beyonce's "Formation" from her acclaimed album "Lemonade".

Best Video is determined by MTV's editorial team, but most categories are decided by voting by fans.

The Weeknd performed his winning song, one of his few appearances ahead of a tour next year, emerging from a star-filled dome onto the Rotterdam stage.

The high-octane night also belonged to teenage Canadian sensation, Shawn Mendes, 18, who elbowed his countryman Bieber out of the way to take the award for Best Male. He also won best Worldwide Act.

Mendes thanked everyone at the ceremony, and sent special wishes to his mum as it was her birthday.

The fast-paced show, hosted by American singer-songwriter Bebe Rexha who smoothly went through 15 stunning outfit changes, wowed the audience packed into the Ahoy Centre in Rotterdam.

Bruno Mars and Kings of Leon were the headline performing sensations. Funk-pop singer Mars opened the show with an electric performance of his "24K Magic".

And San Francisco punk rockers Green Day received a "Global Icon" award, and raised the roof when live fireworks exploded around them for their rendition of "Bang Bang."

They also raised cheers when they said it was "nice to be out of America just for a second" ahead of Tuesday's elections, saying the US was about to have a "big heart attack".

Green Day led a rebirth of punk rock in the early 1990s and the band last year was inducted into the Rock and Roll Hall of Fame in its first year of eligibility.

Best new act went to Sweden's Zara Larsson, while US funk dance band DNCE took the Best Push award after performing their hits "Cake By The Ocean" and "Body Moves" from a platform floating high above the auditorium.

And reflecting the rainy weather outside, One Republic played their new song "Let's Hurt Tonight" as rain poured down on them, leaving them splashing in pools of water.

The MTV Europe Music Awards aims to reach a more international audience than the network's signature US-based Video Music Awards, and is held in a different European city every year.