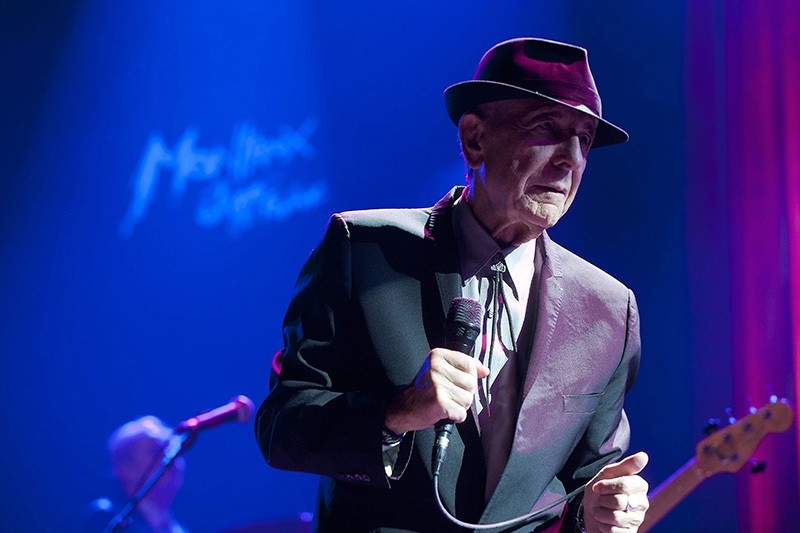 |EPA Photo
by Nov 11, 2016 12:00 am
Leonard Cohen, the storied musician and poet hailed as one of the most visionary artists of his generation, has died at the age of 82, it was announced on Thursday.

"It is with profound sorrow we report that legendary poet, songwriter and artist, Leonard Cohen has passed away. We have lost one of music's most revered and prolific visionaries," read a statement on his Facebook page.

Cohen, who was brought up in Montreal but lived in California late in his life, will have a private memorial service in Los Angeles at a later date, the statement said.

"No other poet's music felt or sounded like Leonard Cohen's. Yet his work resonated across generations," Trudeau tweeted.

"Canada and the world will miss him."

"Tonight we lost one of our greatest ambassadors and icons Leonard Cohen," he tweeted.

"Leonard Cohen defined so well our cultural diversity and duality," he added about the bilingual metropolis.

Cohen began as a poet before branching out into music -- reluctantly at first -- writing some of his generation's most reflective songs, including the oft-covered spiritual "Hallelujah."

He released his final album, "You Want It Darker," just last month, featuring Cohen reflecting at length on his own mortality.

Cohen was preceded in death in July by Marianne Ihlen, the Norwegian woman with whom he lived on the Greek island of Hydra and who inspired his song "So Long, Marianne."

In a final letter to Ihlen revealed by a friend, Cohen declared his "endless love" for her, writing, "I think I will follow you very soon."

The Recording Academy, which in 2010 presented Cohen with a lifetime achievement Grammy, mourned him as "one of the most revered pop poets and a musical touchstone for many songwriters."

"His extraordinary talent had a profound impact on countless singers and songwriters, as well as the wider culture," Academy president Neil Portnow said in a statement, adding, "He will be missed terribly."