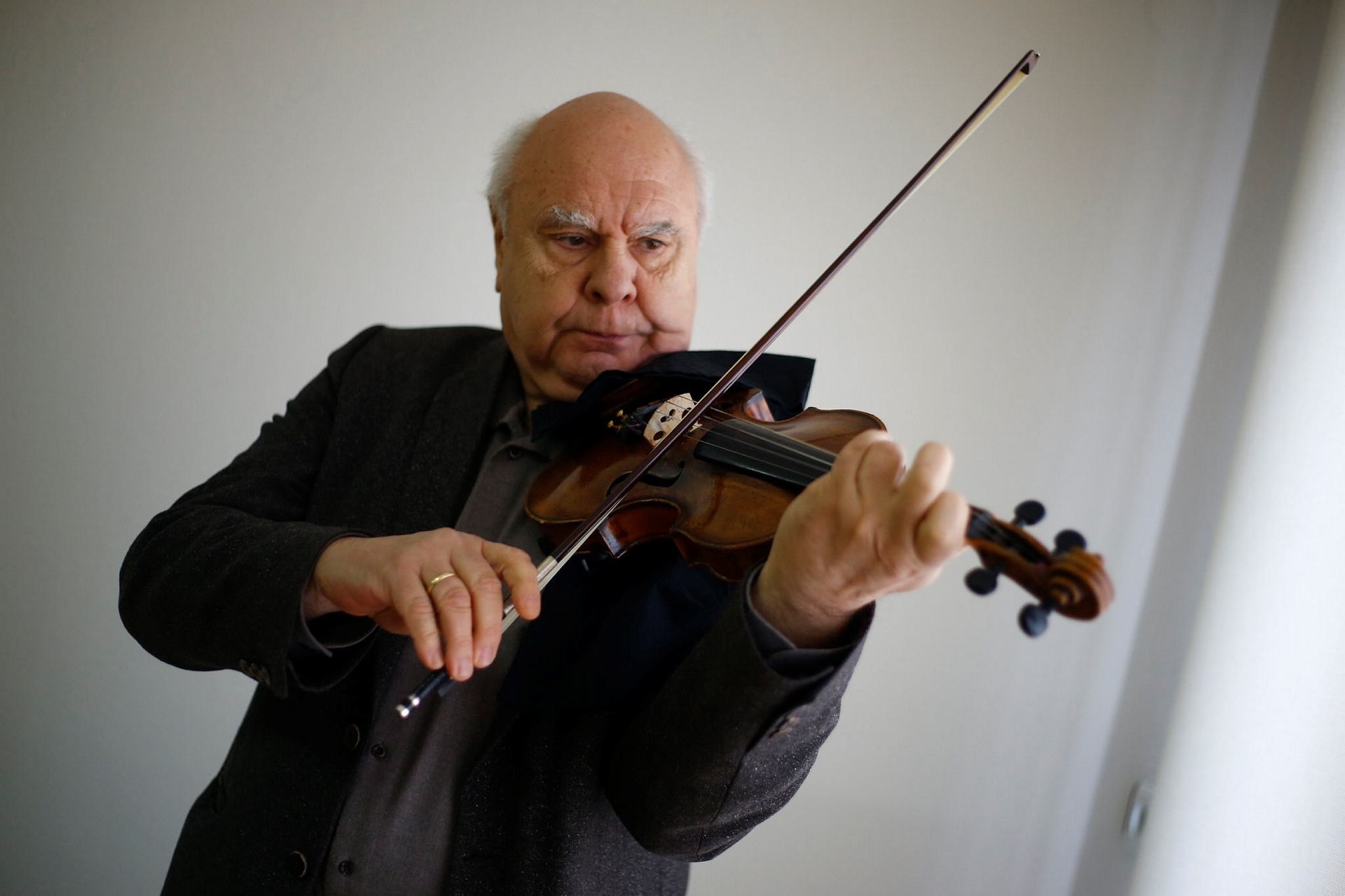 World-famous Russian violinist Sergey Kravchenko will give violin lessons to young talent in Antalya within the framework of his Master Class Project. The famous Russian violinist (71), who started spending his vacations in the city, buying an apartment in 2010 and after he fell in love with Antalya during his concert in Aspendos Antique Theater in 2006, will convey his experiences to Turkish students.

Kravchenko told Anadolu Agency that he first came to Antalya as a tourist in 1994 and later gave two concerts in Aspendos Antique Theater. Pointing out that none of the concerts he performed elsewhere around the world were as impressive as his concerts in Aspendos, Kravchenko said, "There is no other acoustics as good anywhere in the world, and I fell in love with Antalya and Aspendos."

Recalling that he had come to the city previously, Kravchenko said: "I am very impressed by the historical and natural beauties of Antalya. There is a beautiful mosaic here, people from all over the world live here without problems, and the Mediterranean is quite mesmerizing."

Kravchenko said that Antalya is a special place for him and that he loves the city because it reminds him of the sea and mountains of Odessa, Ukraine, where he was born and raised.

Kravchenko, who seeks to convey his experiences to young violinists, said he prepared a project to teach the violin to young talent and that he intends to realize this project in summer.

Highlighting that the Master Class Project, which he had to postpone earlier due to the downed jet crisis and the assassination of the Russian ambassador, is a long-term project, Kravenchko states that wants to train 10-12 students every year. "It's a nice project for me. I came here for a holiday. There are two Turkish students in Moscow Tchaikovsky Conservatory. Therefore, I know Turkish students, and a little Turkish, which I will also improve," he said. Noting that he will share his experiences by organizing a Master Class (short training course given by a master or expert) in and around Antalya, Kravchenko said that the Russian school is rich and has long historical roots, with features he wants to transfer to Turkish students, stressing that he expects high demand for the training from abroad.

Pointing out that the recent problems between Russia and Turkey are not permanent, Kravchenko said: "These events have affected me very deeply. But I never thought they would be permanent. Without thinking of anything, I came to Antalya even when there was a crisis between the two countries." Indicating that he also has Turkish friends and neighbors as well as fans of his music, Kravchenko said: "So Turkey is my second home. I can call myself a resident of Antalya."

Underlining that art has always been a concept above politics, Kravchenko said that political events cannot stand in the way of art, which is actually a locomotive power and leads brings others behind. "I do not want to call art a weapon, but it overcomes all bad things and counteracts events. I've seen art from this perspective all my life."

Recalling that he gave concerts in Kosovo, Spain and Odessa during their recent troubles, Kravchenko noted that art is peace. "We must put all the things that happened to Turkey aside from now on. I am here peacefully. The vacationers in my country are also waiting for the summer season with great enthusiasm because life goes on," Kravchenko said, "A Russian proverb says, 'When the music plays, the fire goes out.' My music will silence the sound of those weapons."

Marina Sorokina, president of the Friendship and Culture Association of Russia, said that they are pleased the world-famous Russian artist has chosen Antalya as the place to settle and continue his work. Sorokina pointed out that with the normalization of relations between Turkey and Russia, more and more famous Russian artists and bands are expected to come to Turkey and Antalya.

Touching on the fact that Kravchenko has a huge international fan base, Sorokina noted that young talent from many countries would come to Antalya with the realization of the Master Class Project.

Kravchenko was born in Odessa in 1947. He began playing violin at the age of 7 and enrolled in Moscow State Conservatory at 18 where he took lessons from the world-famous Leonid Kogan and mastered in violin. In 1972, he started to work as Kogan's assistant in Moscow Tchaikovsky Conservatory. Having received the title of professor and State Artist in the same school, Kravchenko is still regarded as a legendary violin master in his home country.