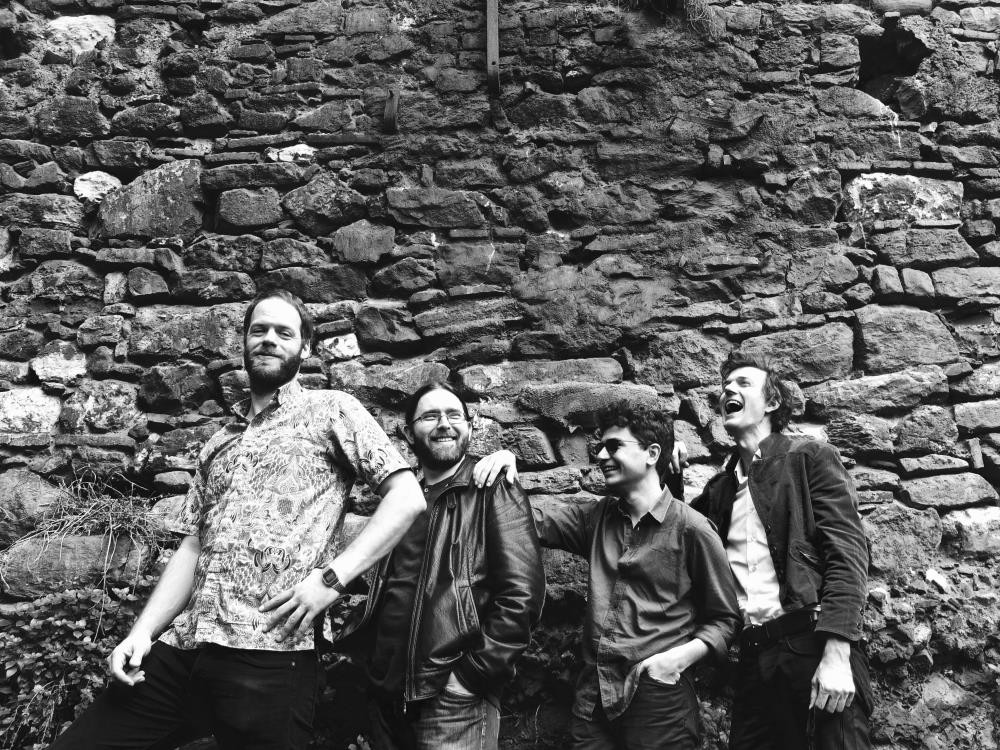 Two American expats, a Canadian and two Turks have become the talk of town with the electric concerts of their band ‘The Young Shaven' that is set to release a new album this summer

Not long ago I visited a bar on one of the bystreets of İstiklal Avenue to see a band I have been hearing about a lot lately. It was packed inside and the crowd, of mostly young adults, was restless. A few minutes later, the band they had been waiting for materialized on stage. The music was loud, energetic and in about five minutes everyone was dancing. As I tried to make my way near the stage, all eyes were set on the front man, Archie McKay who appeared largely responsible for electrifying the space. He played with an umbrella, climbed a door, stage-dived and flirted with his audience that seemed delighted with the performance. There was an unmistakable air of release, joy and freedom around.

This was "The Young Shaven," a post-punk group that has been making waves with their curious mixture of punk and glam rock for the past two years. The group's current lineup consists of McKay on vocals, Todd Gibson on guitar, Jake Kanelos on bass, Mert Akgül on keys and Erdem Eroğlu on drums.

"The band came together at a friend's wedding," McKay told me in an interview last week. "At the time Volkan Karaman and myself were working on another project of mostly covers. We discovered we could write tunes of our own and then we called Jake Kanelos for bass. We found a drummer in Sean de Koekkoek." This was the first incarnation of The Young Shaven. Since then the group has lost some members and gained others. 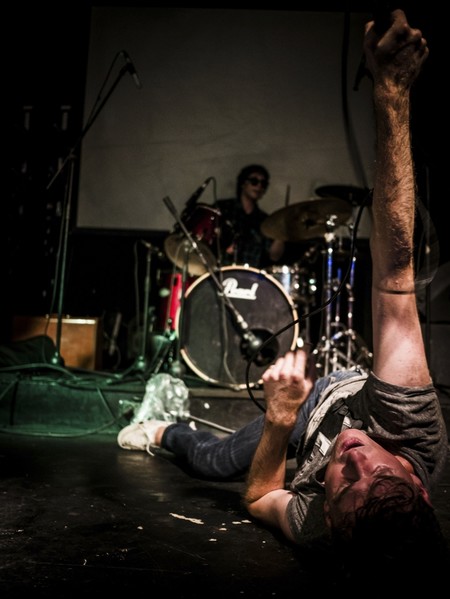 This summer The Young Shaven is releasing a 7" (a single) from Mete Avunduk's record company Vintage. Featuring an original song, "Honey Babe," and a cover, "It's Gone to Stay" by Magicians, the record has a picture of the Turkish actress Müjde Ar on its cover. The Young Shaven has recently released an EP called "And Venus Was the Name," and one of their songs are featured in the compilation album "Istanbul Street Trash" released by Prof Sny Records on March 1.

Punk music dominated McKay's youth. "The Sex Pistols left everyone who watched them thinking 'I can start a band, I can say something that nobody else has said,'" he remembered. In his childhood McKay always had melodies kicking around in his head. He took long road trips when he would just put his head against the window and listen to songs with the sounds of the tire on the road. "And then when I would lie in my bed I could still hear the music," he said.

Eventually that crept into the daylight as well. In San Francisco, McKay saw a band called the Coachwhips. The group had ferocity and charm and their presence proved to be a life altering experience. "I had my road to Damascus moment and thought, 'Why not?'" McKay remembered.

His first band, "A Tension," lasted a few years. This was followed by another band, RevengeSF, and a brief stint in the band Erase Errata. When he arrived in Istanbul, McKay first sang in a cover band that performed Iggy and the Stooges cover songs. That band, "Raw Power," featured Todd Gibson, Matt Loftin and Graham Alexander, "all exceptionally talented musicians and doing their own musical projects now." His collaboration with them proved pivotal to McKay getting back into music. "We were a cover band but instead of being chained to a lyrics sheet, we were doing as we pleased and taking great liberties," he said. 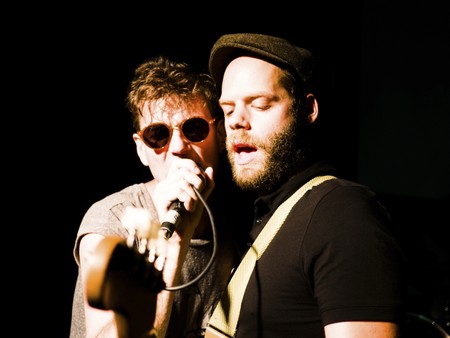 For this group of expats, becoming part of the city's music life proved a difficult task. McKay describes this as "the low glass ceiling" of the Istanbul music scene. "A lot of venues and organizations are not helpful," he said. "A lot of the venues act like the gate keepers and if you have creative goals in your life in general they can get smothered. I think initially the fact that three of us are immigrants gave us some advantages." This allowed them to see past boundaries and have a cavalier attitude toward playing. "I felt like with Jake and myself we could bring some of our Chicago and San Francisco music vibes, the raucous gigs in small basements and sometimes even somebodies house, and apply that here, which I think we have done."

In their early days, The Young Shaven played Pendor Corner and the now defunct Radio Fil Sahne. McKay dreams of opening a venue on Dolapdere one day. "Then I would invest in good equipment and a good sound person, let everyone provide their own vices and watch the good bands pour through. Local talents like Housing Crash, Klan, Plaj, Palmiyeler, Vostok-6, In Hoodies, Foton Kuşağı, RFA, Dylan Ware, Steady Fingers, Wingmen (and the list goes on) with touring band. Let the people determine the bands they want to see and not the venues."

An international group of young people have been following The Young Shaven's frequent, and exciting, gigs. "I like the idea of a band as a gang," the front man said, adding, "I like the idea that when people come to see us they are coming to see something different. They are given room to dance and to act themselves."

The excitement of discovering something novel and innovative defines this experience. "Some ideas never seem to go away," McKay mused. "The band still plays on a stage and the curious approach towards their music... well, we are just as curious if not more."
RELATED TOPICS