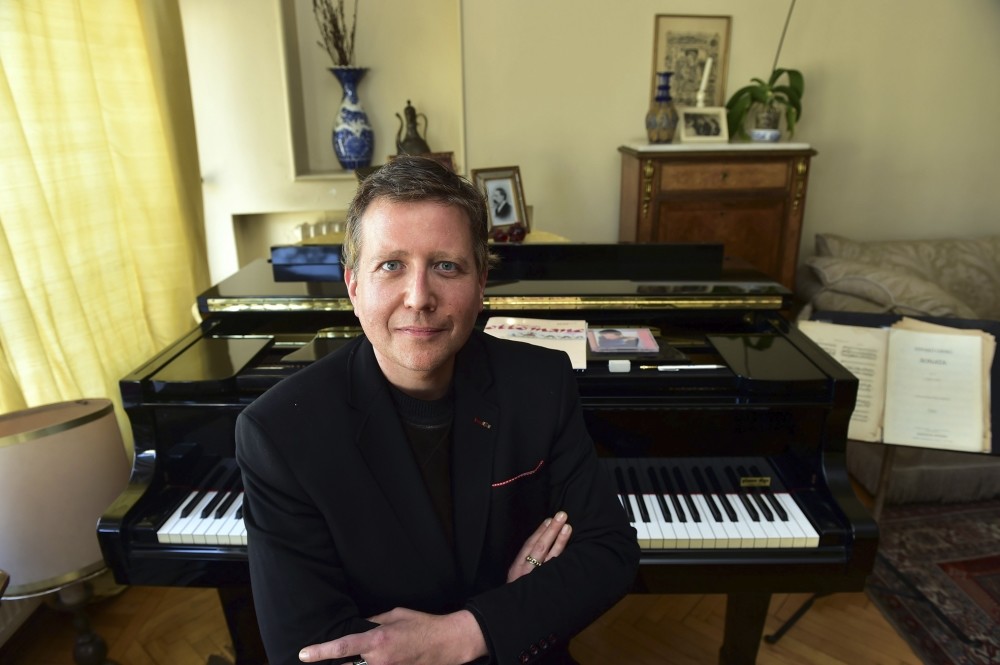 by Anadolu Agency Apr 13, 2017 12:00 am
French pianist and composer Stephane Blet said that a dangerous game is being played against Turkey and that media is being used to make European people fear Muslim communities to start a war between Muslims and Christians.

Known for his interest in Turkey and Turks, Blet criticized Europe's attitude towards Turkey in his statement to a local reporter.

The music maestro, who has always expressed his respect to President Recep Tayyip Erdoğan, believes that the media is trying to create a negative perception about Turkey.

"I had already foreseen such a thing might happen in the future. I am really ashamed of Europe. I am French, but France is not as it was used to be. I am afraid. I understand very well what they try to do," he said. "They are trying to create a Zionist movement. They are using all media channels to make people fear Muslims. They wish that Muslims and Christians fight each other."

Blet also drew attention to the fact that there is a great deal of exaggerated news and statements being made in European media.

"They have not talked positively about Turkey for a long time. Constantly, we are exposed to black propaganda. I am very angry with it because I know what kind of place Turkey is. We have Muslims in France as well, and we don't have any problems; however, the media works hard to create a problem," he said.

Blet, who has more than 300 works and many awards, said that not every European should be regarded as racist, and European citizens have had enough of bad politicians.

Meanwhile the renowned musician also said that some of his concerts in France have been canceled.

"They call me fascist just because I am close to Turkey. This situation is very miserable and sad. Everything started to get politicized. I am an artist. I was born Christian but feel very close to Muslims. Although journalists know the truth, they always lie to scare people," he said.

Blet, who came to Turkey 23 years ago for the first time, said that he has been threatened many times.

"I gave a conference on Turkey in Marseille. After that, I was threatened by the PKK through messages. French politicians do not do anything about this. PKK supporters in Paris hold protests with slogans like 'Death to Turks!' How is that possible? Who lets this happen? I was shocked when I first saw it. Of course, they have great power backing them up; that's why they can do such acts freely. When we ask for protests, they do not let us do so. Police officers can kill you in a second. And they do not do anything to people who support the PKK," he said.

Despite everything, the pianist continues to perform.

"I worked to make Europeans learn about Turkish history. I composed 12 Ottoman-Turkish rhapsodies. Many pianists in France play my works. I am trying to build a culture bridge between us. I know that this progress is slow. I love Turkey and Turkish people, and I will not stop doing this," Blet said.
RELATED TOPICS