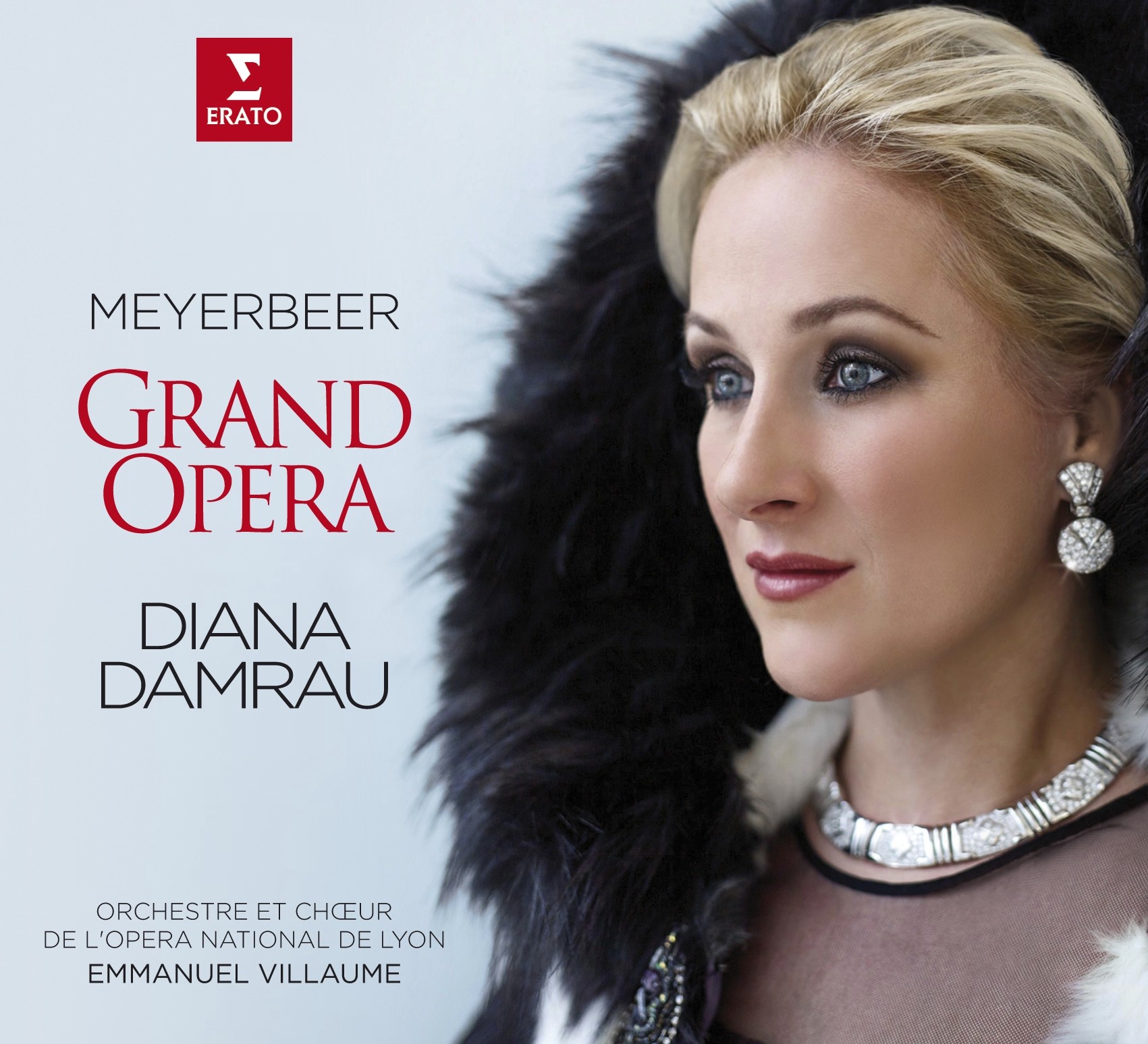 Diana Damrau
by French Press Agency - AFP
May 08, 2017 12:00 am
In the first half of the 19th century, Giacomo Meyerbeer was perhaps the world's most successful opera composer, pioneering on-stage theatrics as he worked comfortably across European cultures.

Meyerbeer's fame faded after his death in 1864. But as part of a revival, German soprano Diana Damrau has released a new album devoted entirely to arias, some obscure, by Meyerbeer.

Damrau, whose bursting yet lush and agile coloratura voice has increasingly made her a top attraction at opera houses around the world, said that a Meyerbeer album had long been a career goal.

"This idea was a dream," said the 45-year-old, whose nonchalant smile and giggly laugh belie the grim stock image of a diva.

"Meyerbeer: Grand Opera," her album which came out on Friday, runs from selections from the composer's best-known operas, "Les Huguenots" and "Robert le diable," to two arias that have never before been recorded.

She also sings from Meyerbeer's "Dinorah" which she said had served as an introduction to coloratura, the vocal art characterized by quick-paced high notes, trills and other ornamentations.

"I don't come from a musical background and I didn't grow up in the opera house like some of my colleagues did. What you hear when you search for a coloratura soprano repertoire is naturally 'Dinorah,'" she told AFP in New York, where she is taking part in a gala Sunday to mark the Metropolitan Opera's 50 years at Lincoln Center.

An innovator, then shunned

More than most composers, Meyerbeer, a German Jew, felt at ease in multiple languages. His most celebrated operas were in French but he also wrote in German and Italian and brought in Orientalist motifs that were then fashionable in Europe.

He was instrumental in creating the modern concept of a grand opera, with professional librettos and elaborate productions to enhance the drama, including - at the 1849 premiere of "Le Prophete" at the Paris Opera - the first use on stage of electric lighting.

Amid his success, he was viciously attacked by Richard Wagner, whose grandiose style would be embraced by the Third Reich.

Wagner, who had earlier enjoyed support from Meyerbeer, denounced him in the anti-Semitic essay "Judaism in Music" as uncreative and cravenly following popular taste.

The Nazi effort to purge Jewish cultural influences took a toll on Meyerbeer's legacy but he has found a new audience in recent years.

The Deutsche Oper Berlin is producing Meyerbeer's operas as a cycle - calling him the capital's "greatest ever composer" - and the Royal Opera House in London in 2012 staged "Robert le diable" for the first time in more than a century.

While hesitating to draw connections to the present day, Damrau noted that Meyerbeer showed a fluency in three languages and cultures long before the era of European integration.

"On one CD, it sounds like there are three composers, but there is only one," Damrau said.

"And that in a time when traveling, connections, multimedia, social media, all of this did not exist in the way it does now. How difficult it was, and how unthinkable for so many of his contemporaries."

Damrau herself shows comfort singing in multiple languages. She is married to a French opera singer, Nicolas Teste.

The wife-husband duo recently completed a tour of South America, a trip Damrau described as "amazing" as she sensed a hunger in the region for opera.

Damrau had performed nearly constantly for 15 years, during which she had two children, until 2015 when doctors told her to stay silent for six weeks.

"Sometimes one concert or more can be too much. The body says, maybe you should give me a little rest," she said.

"You can never plan it. You have visions, but the reality is always different."