Transcending limits of music, people with the violin: Viktoria Mullova 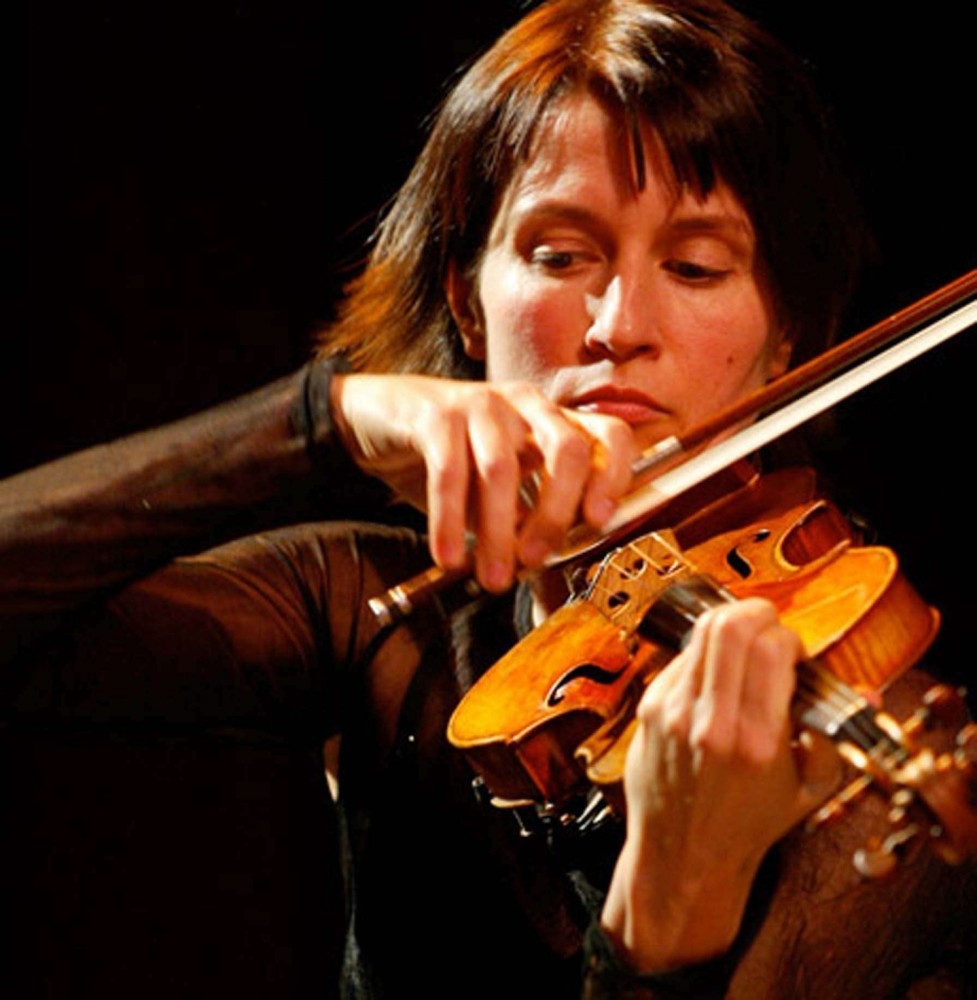 by Deniz Renkveren May 16, 2017 12:00 am
The life story of one of the most famous violin virtuosos, Viktoria Mullova, is noteworthy for anyone who wants to realize their dreams against impossible odds. She was born in Moscow but of Ukrainian origin and started violin lessons when she was four years old. The talented student studied at the Central Music School of Moscow and the Moscow Conservatoire. Her dream was to visit countries outside of the USSR (Union of Soviet Socialist Republics) and to travel the world; she has succeeded. She won the prestigious Sibelius Violin Competition in Helsinki in 1980 and two years later the International Tchaikovsky Competition in Moscow. After getting permission to give a few concerts in Finland, she dodged the KGB and fled to Sweden and requested asylum at the United States Embassy in Stockholm in 1983.

She first settled in the United States, and now lives with her cellist husband Matthew Barley and children in London. Her worldwide fame derives from her exceptional versatility and musical integrity, which impresses people of all countries, and she is called one of the greatest talents in the world. Before her concert that took place yesterday night at Hagia Eirene on the first day of Istanbul Night Flight, Mullova discussed her musical career and life with Daily Sabah.

Mullova left Russia to give some concerts in Finland in 1983. In those days, Finland and Russia had an agreement to not help defectors. She got out of the country with her then-lover - Georgian conductor Vakhtang Jordania. All she took with her were two violin bows, leaving behind the Stradivarius violin that was on loan from the Soviet state collection. She went to Stockholm. After some adventures evading KGB agents, she sought political asylum at the U.S. Embassy in Stockholm in July 1983. Then they left Stockholm for New York City.

As to why she wanted to leave the Soviet Union, she said that she had other dreams. "It was very hard for me and hard for everyone, I just wanted to escape; there it was like a prison for me," she said. Thus, she is a unique example for anyone who needs the courage to realize his or her dreams.

A deep love for Bach

Mullova's wide repertoire stretches from cue to classic and from contemporary interpretations to fusion and experimental music. As one of the violin masters of baroque music, she has a great affinity with Bach and deep love for Vivaldi. Mullova says that Bach is important for every musician, even for jazz musicians: "There are many composers inspired by Bach. He is the father of baroque, he was a genius; his music is just incredible; it is difficult to play everything, especially solo. But when I am alone on stage, I have freedom; I like that feeling," she said.

On her album "Through the Looking Glass," released in 2000, she played world, jazz and pop music arranged for her by Matthew Barley. She returned to Ukraine to search for her origins in a musical way. When she returned to the little village where her family came from in Ukraine to explore her origins, Gypsy music attracted her. She researched how Gypsy music influenced the classical and jazz genres in the 20th century. Then her second album "The Peasant Girl" was born. Since this album, which showed a different side of the violinist, she has toured around the world with Barley.

Mullova says that she is open to all kinds of music and sees every kind of music as an international language that can reach anyone in the world. "I get inspiration from many musicians -- classical musicians, pop music and baroque musicians of course," she said, adding that being open to different musical genres broadens a musician's vision, and in this manner a musician can avoid playing the same thing. She has contributed to works by musicians like Miles Davis, the Bee Gees and Weather Report.

Mullova stresses that being a creative artist depends on the musician, not other things. A musician must first think about the possibilities that put music over the top. Mullova either plays "The Jules Falk" Stradivarius violin, made in 1723 or the 1750 Guadagnini violin, which are among the best violins in the world. It was with the 1723 Stradivarius that Mullova won the Tchaikovsky Competition in 1982. She sometimes uses traditional materials like gut strings, which are mostly replaced by steel strings today. She uses baroque bows that were invented in the late 16th century and recorded her album "Beethoven and Mendelssohn Violin Concertos" while using period instruments of the famous composers. But it took six months to get used to playing with these instruments. When she plays Beethoven and Mendelssohn or Bach, she uses the Guadagnini violin, which was made in 1750, adapted with gut strings. But when she plays Brahms or contemporary pieces, she switches to the Stradivarius violin.
RELATED TOPICS