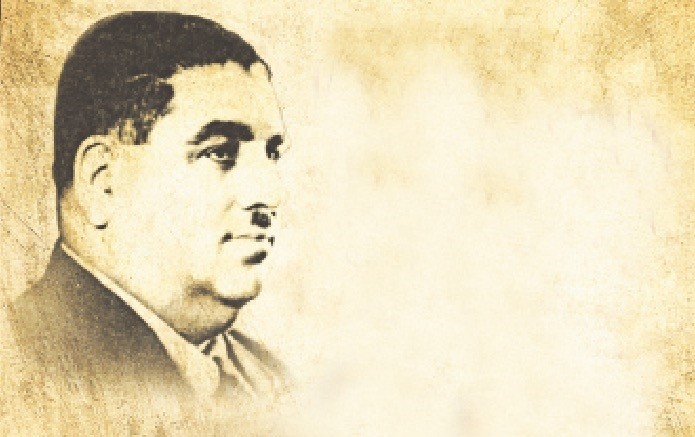 A prominent figure of Ottoman and Turkish classical music, who released recordings and made a living as a musician, became one of the first car owners in the region when Columbia Records presented a car for the profits they reaped from his records

Istanbul Metropolitan Municipality's Culture Inc. has released an album titled "Hafız Burhan: Sihirli Ses" (Hafiz Burhan: the Magical Voice) composed of gazels and songs performed by Hafız Burhan, one of the first vocal artists and doyens of Ottoman and Turkish classical music in the recording age.

His exquisite, high-pitched voice caused him once to sing by turning his back to the microphone as his strong voice overwhelmed the equipment.

Born in Aksaray, Istanbul on May 23, 1897, Burhan attracted much attention with the beauty of his songs. He soon started recitations of Quran in front of groups and mawlid (poetry written for the birth night of the Prophet Muhammad) and elegiac poetry along with acting as a "zakir" (similar to aşık tradition) and muezzin.

He was one of the founders of Istanbul Radio, opened up a record shop in Beşiktaş, Istanbul and represented Columbia Records, although this adventure did not last too long, and he soon returned to the stage. He gave concerts abroad, including in Athens, and was the singer of many Ottoman and Turkish classical songs before starting his own band.

The songs he performed were very unique and precious in the classical tradition, both religious secular. When he was in the Ottoman Imperial Orchestra, he worked with the likes of İsmail Hakkı Bey, Zati Arca and Lemi Atlı. A tenor, he recited the call to prayer both from minarets and inside mosques and he had performed some of the best examples of being a muezzin while reciting verses from the Quran. He also had a unique talent for reciting the mawlid.

Burhan is the only gazel singer who won fame and wealth from his recordings and concerts. Even though he did not receive any training in music or singing, with his warm and brilliant voice, he had a unique style, also performing the popular songs of the days.

The exact number of his recordings is unknown and cannot be determined. He released about 100 records on Columbia Records, which presented him a car as a gift for all the profits they reaped from his records. In return, Burhan became one of the first car owners in the new Republic of Turkey. To show their respect for his loyalty, Columbia Records released a new record in the 1970s after his death.

His compositions and a few of his songs have been used in compilations of Turkish music and his fame has transcended Turkey's borders. The Bacanos Brothers provided accompaniment on most of his recordings.

After the surname law was passed in 1934, he took the surname Sesyılmaz. He passed away at Hacı Bayram Mosque in Ankara where he went to recite the Mawlid of Marshall Fevzi

Çakmak on April 18, 1943. According to legend, his heart could not stand his voice, as during the mawlid his voice was very high pitched.

Deemed one of the most crucial and strong voices of the 20th century, Burhan made incredible variations to his songs with his strong voice and impressive vocal range. Burhan rose to fame with his songs more than his gazels, both of which were his specialties. His grave is at Yahya Efendi Dervish Lodge in Beşiktaş, Istanbul, and the "Magical Voice" album can be purchased at the Istanbul Bookstore.