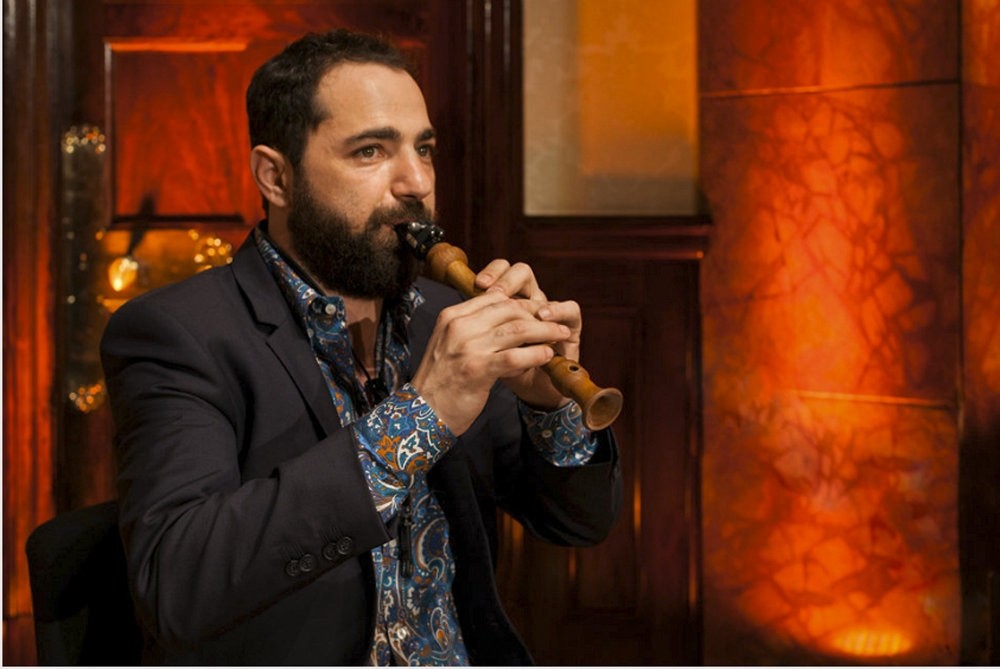 The 24th Istanbul Jazz Festival, having been organized by the Istanbul Foundation for Culture and Arts (İKSV) and sponsored by Garanti Bank for 20 years, will perform a special concert this evening at Sabancı University Sakıp Sabancı Museum Fıstıklı Terrace, where the power of music will be felt once again.

In addition to Basel Rajoub's Soriana team that will perform the closing concert of the festival, the Syrian Women's Choir consisting of Syrian women who migrated to Turkey, which was founded by Sirojiddin Juraev within the body of the Human Resource Development Foundation's (İKGV) Syrian Refugees Support Office, will also be a guest at the festival. Both artists at the stage and the audience will form a multicolored and polyphonic cultural mosaic at the event to be held with the contributions of the Sabancı Foundation and Vehbi Koç Foundation. 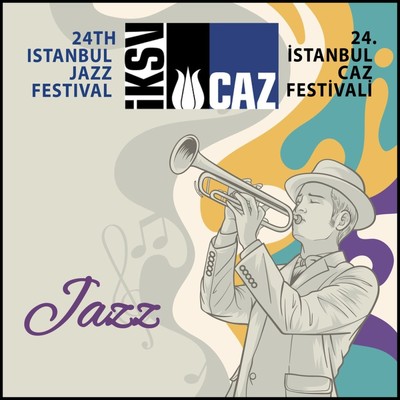 Giving their first concert the previous night, Syrian saxophonist Basel Rajoub and his team, "Soriana Project" will meet with the festival audience one more time at the closure concert performing with and Sirojiddin Juraev. Basel Rajoub, who adapts oriental melodies to the saxophone with jazz elements and brings contemporary adaptations to various melodious forms of the Arab music, will leave his mark on this special night with Soriana, which brings together well known zitherist Feras Chares, and previously Italian percussionist Andrea Piccioni who went on the road with Bobby McFerrin, with musicians who are inspired by the rich culture of the Middle East.

Juraev, another prominent guest of the night who is one of the best dutar players in Central Asia, is considered one of the best virtuosos of dutar, a two-stringed lute from Central Asia, and one of the most distinguished personalities of the music world who has been nominated for Grammy awards. The Syrian Women's Chorus is another important guest of the night with a repertoire composed by female singers from different disciplines and songs in Middle Eastern languages.

Syrian refugees living in Istanbul will also be able to watch this all-inclusive concert thanks to the special cooperation between İKSV, the Sabancı Foundation and Vehbi Koç Foundation. This initiative will take shape with the joint efforts of the Istanbul Jazz Festival and the U.N. High Commissioner for Refugees (UNHCR).

In this context, it is aimed to ensure the participation of Syrian refugees with the cooperation of the UNHCR, nongovernmental organizations that work directly with refugees, such as the Association for Solidarity with Asylum Seekers and the Migrant and Human Resource Development Foundation as well as the I Am a Refugee, My Buddy solidarity network.

Prior to the concert where Syrian music will be presented, a conversation will be held from 7:00 p.m. to 8:00 p.m. with a central theme of migration and music. In the conversation, the significance of music for migrants and refugees and especially the experience of musicians away from home will be discussed. Coordinated by Syrian musician Rajoub, who is continuing his musical career in Europe; Selda Öztürk, a doctoral student, researcher and musician; along with Hanan Hawalsy, a member of the Syrian Women's Choir, will give talks during the conversation moderated by ethnomusicologist Evrim Hikmet Öğüt. This conversation, which is open to the stories of all musicians with migration experience, especially Syrian musicians, invites people to learn about migration from a completely different perspective.

The conversation will be held in Turkish and Arabic and translations will be provided in both languages.

To join the conversation, fill out the reservation form at http://rezervasyon.iksv.org/.

Concert tickets can be purchased on Biletix sales channels and from the İKSV main ticket window without service fees from 10:00 a.m. to 6:00 p.m. except for Sundays for TL 20 ($5.67). Ticket sales will also be open at the venue entrance on the day of the concert.

Details about the 24th Istanbul Jazz Festival program can be accessed at http://cazdergisi.iksv.org/, where the festival e-magazine, which also includes opinions and articles by artists and writers from Turkey, can be accessed.