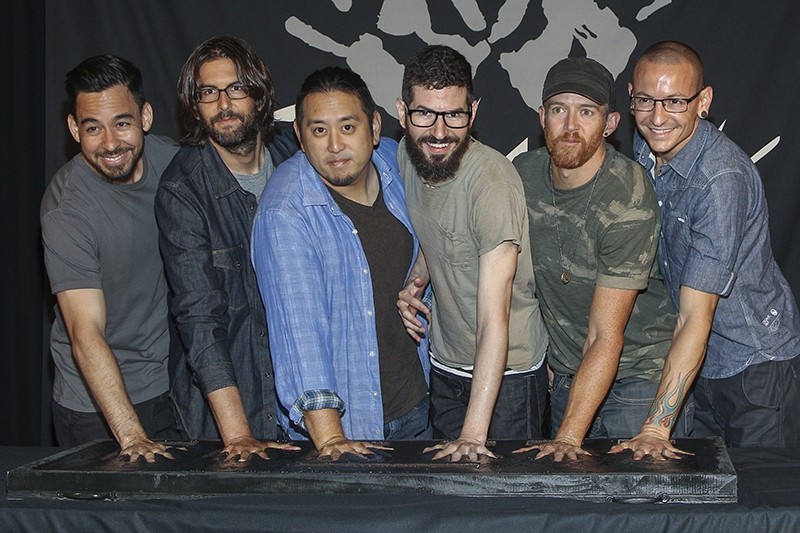 Billboard says the band's latest effort, "One More Light," re-entered Billboard's Top 200 album charts at No. 17 on the most recent chart. The band's popular debut, "Hybrid Theory," checked in at No. 27.

More than 11 million copies of "Hybrid Theory" have sold since it was first released in 2000.

Bennington was found dead in his home near Los Angeles on Thursday. He was 41.

The band also issued their first statement on Monday since their band mate's death, saying they could never replace him.

After three days of shocked silence since Bennington hanged himself, the chart-topping California metal band hailed the "outpouring of love and support" and said Linkin Park's future was uncertain.

"Your absence leaves a void that can never be filled -- a boisterous, funny, ambitious, creative, kind, generous voice in the room is missing," the band said in a statement.

"We're trying to remind ourselves that the demons who took you away from us were always part of the deal. After all, it was the way you sang about those demons that made everyone fall in love with you in the first place.

"You fearlessly put them on display, and in doing so, brought us together and taught us to be more human. You had the biggest heart, and managed to wear it on your sleeve."

Bennington, had been open about his struggles to overcome drug and alcohol abuse and low self-image, caused in part by being molested as a child.

The Arizona-born singer brought his raw rage into Linkin Park, which blended metal with pop song structure and rapping by guitarist and songwriter Mike Shinoda.

A coroner's report confirmed that Bennington committed suicide. An employee at his Los Angeles home found him hanging by a belt Thursday morning -- which would have been the birthday of his friend Chris Cornell of Soundgarden, another celebrated rock singer who recently killed himself.

"While we don't know what path our future may take, we know that each of our lives was made better by you. Thank you for that gift. We love you, and miss you so much," the statement said.

Linkin Park over the weekend set up a website dedicated to Bennington with tributes by fans and information for suicidal people who need help.

Bennington, who was twice married, leaves six children. The band said they and the singer's wife Talinda and his family appreciated the love and support shown by fans and other musicians over his death.

Bennington was also the second American rock star to die by suicide in the last two months. Soundgarden and Audioslave frontman Chris Cornell, 52, a close friend of Bennington, hanged himself in a Detroit hotel room in May.